The chair had been reupholstered at least twice and currently had an incorrect sprung seat. Under the current show cover was an earlier red cover which was mostly intact in the inner back and arms, but also not original. A few remnants of a navy blue and white patterned (wool?) fabric may be from the original show cover. Later upholstery struts were inserted in the wings during a previous upholstery campaign. Originally, the chair likely had none. 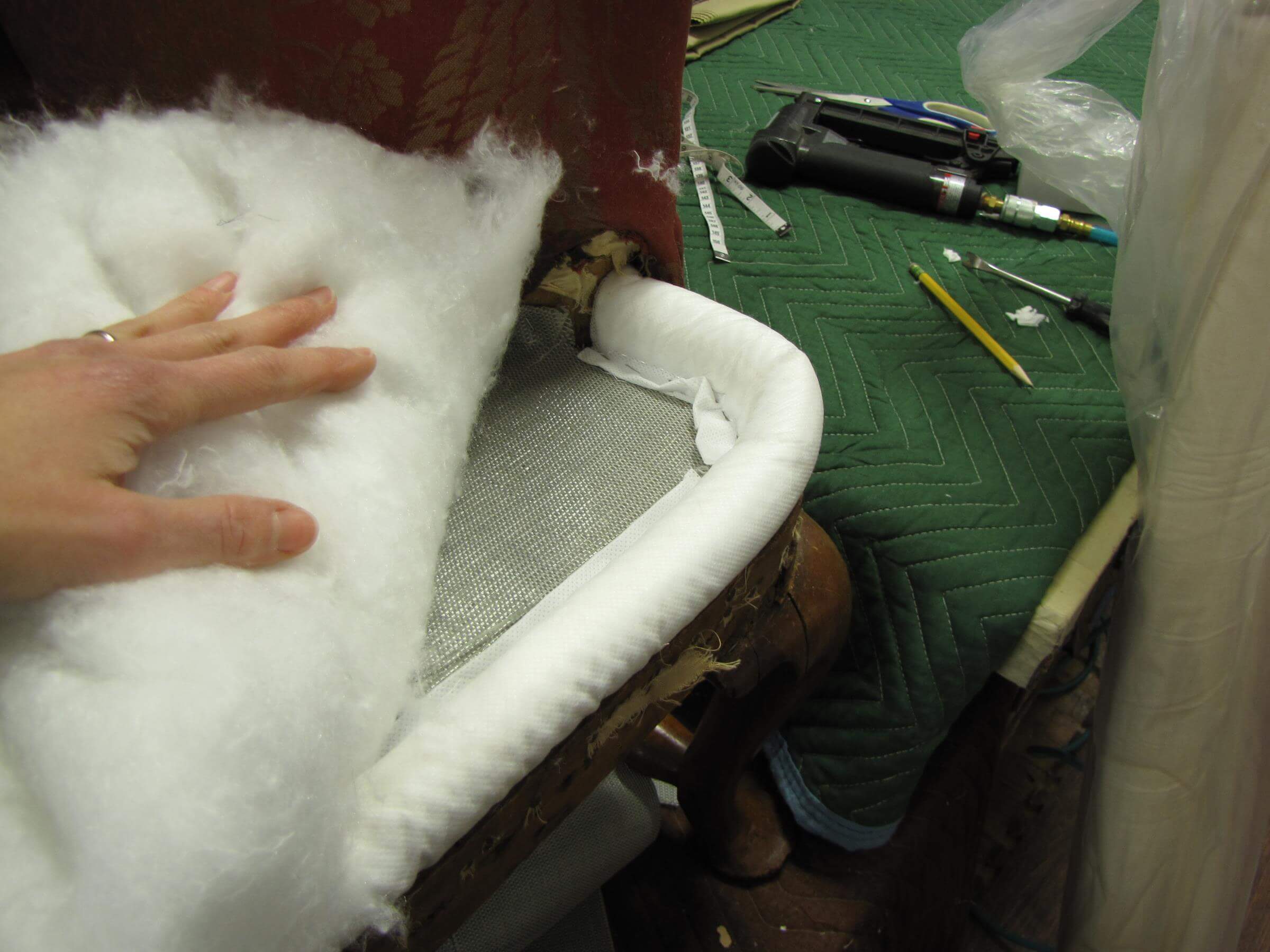 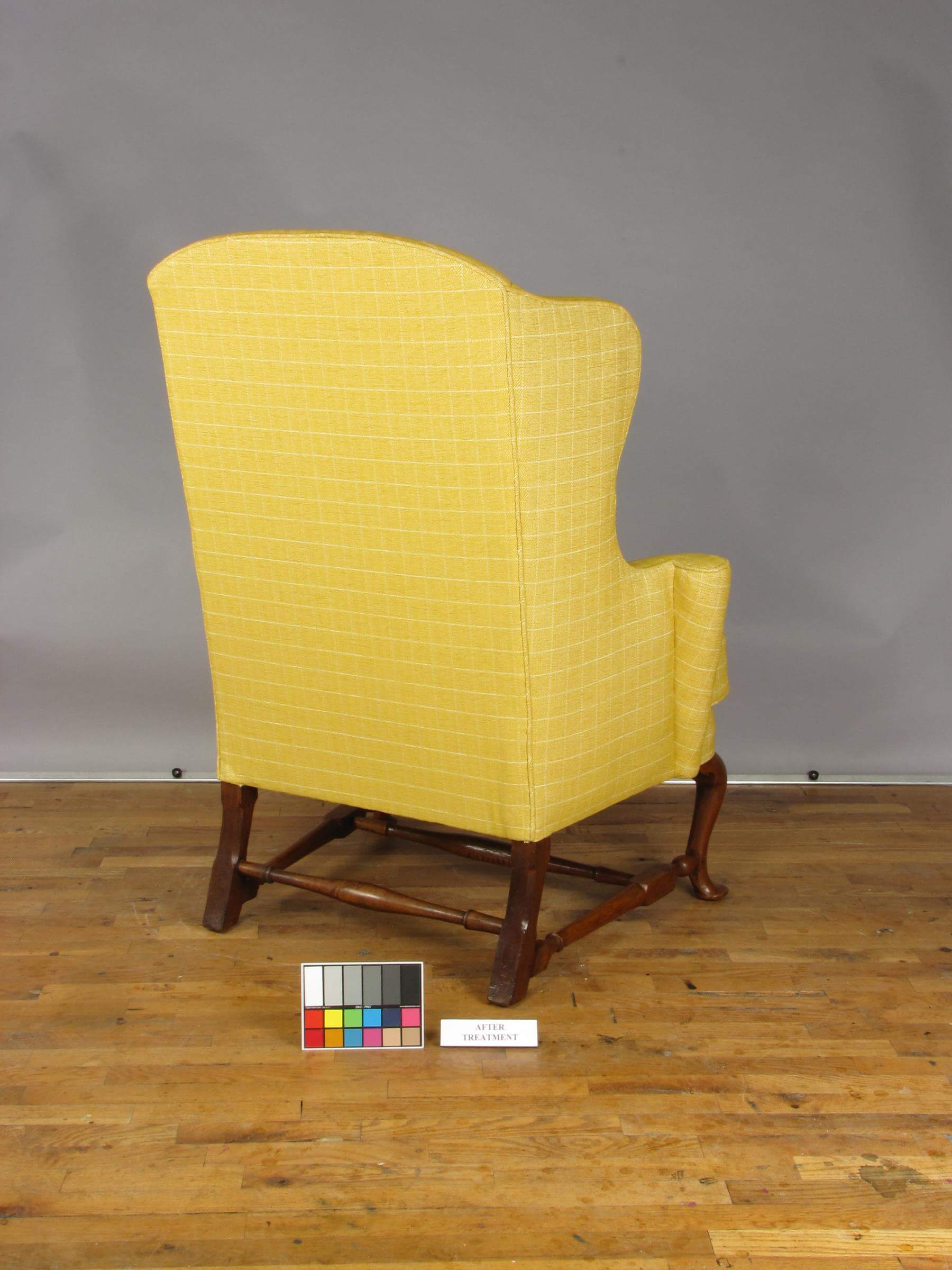 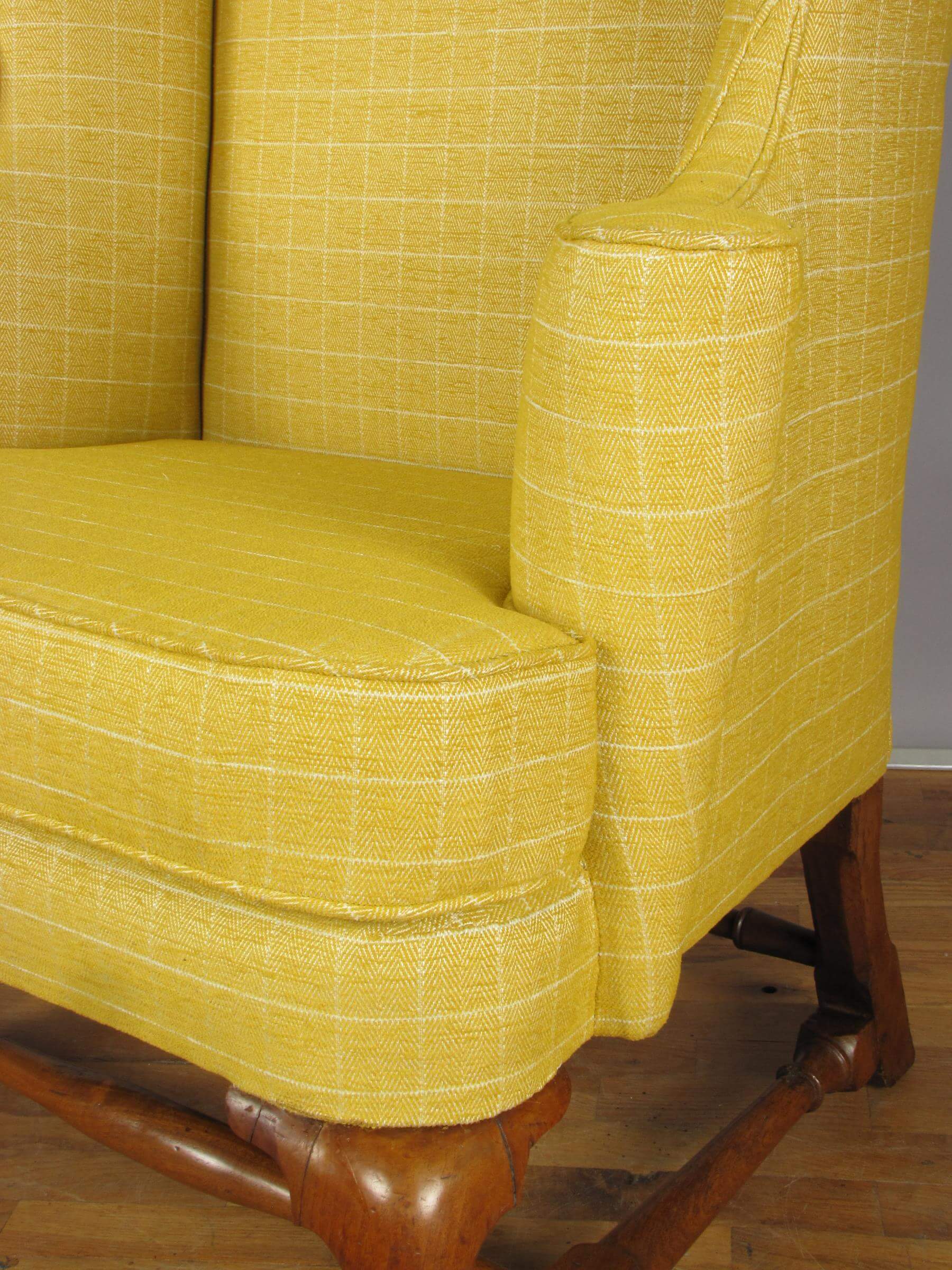 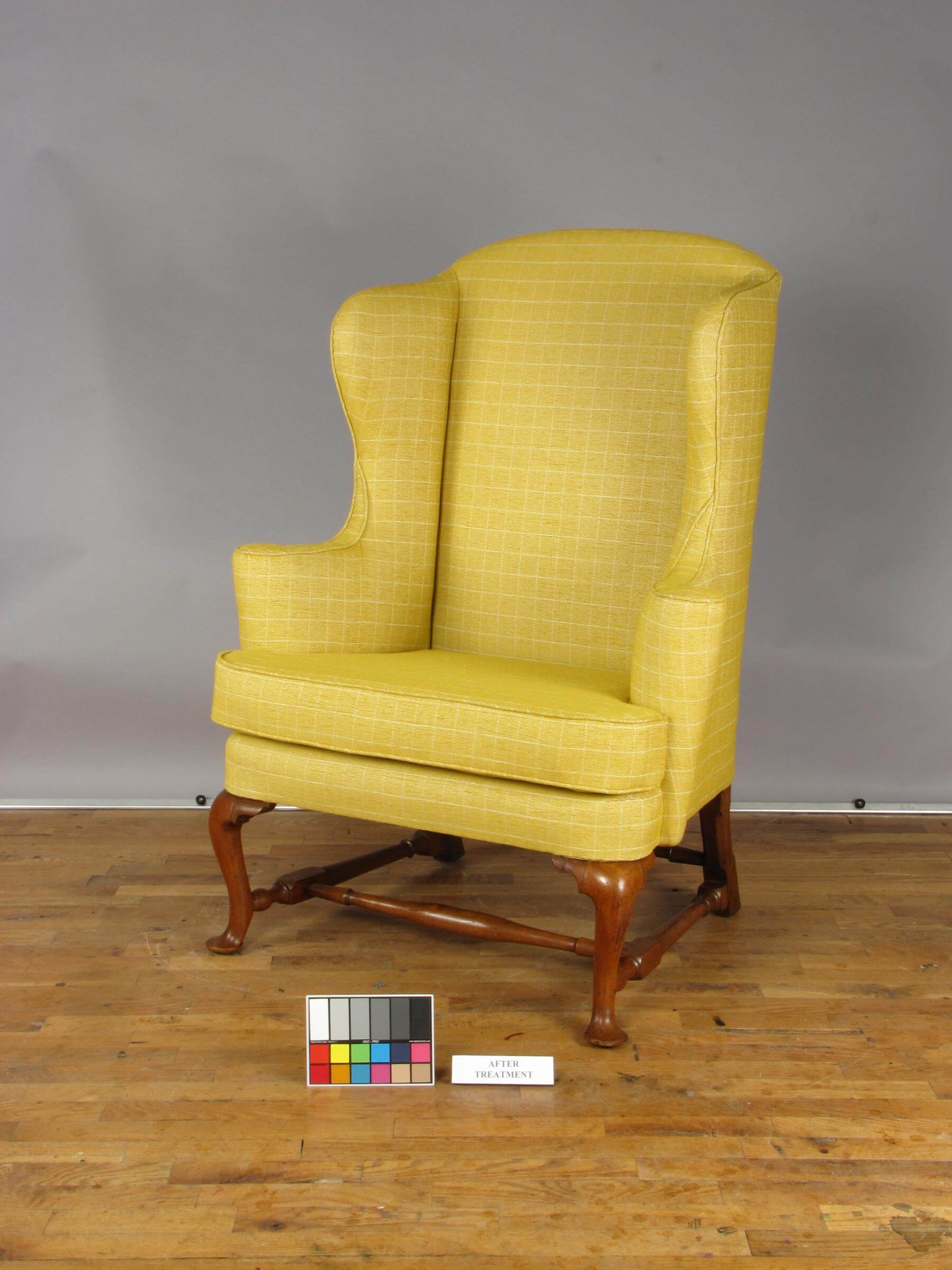 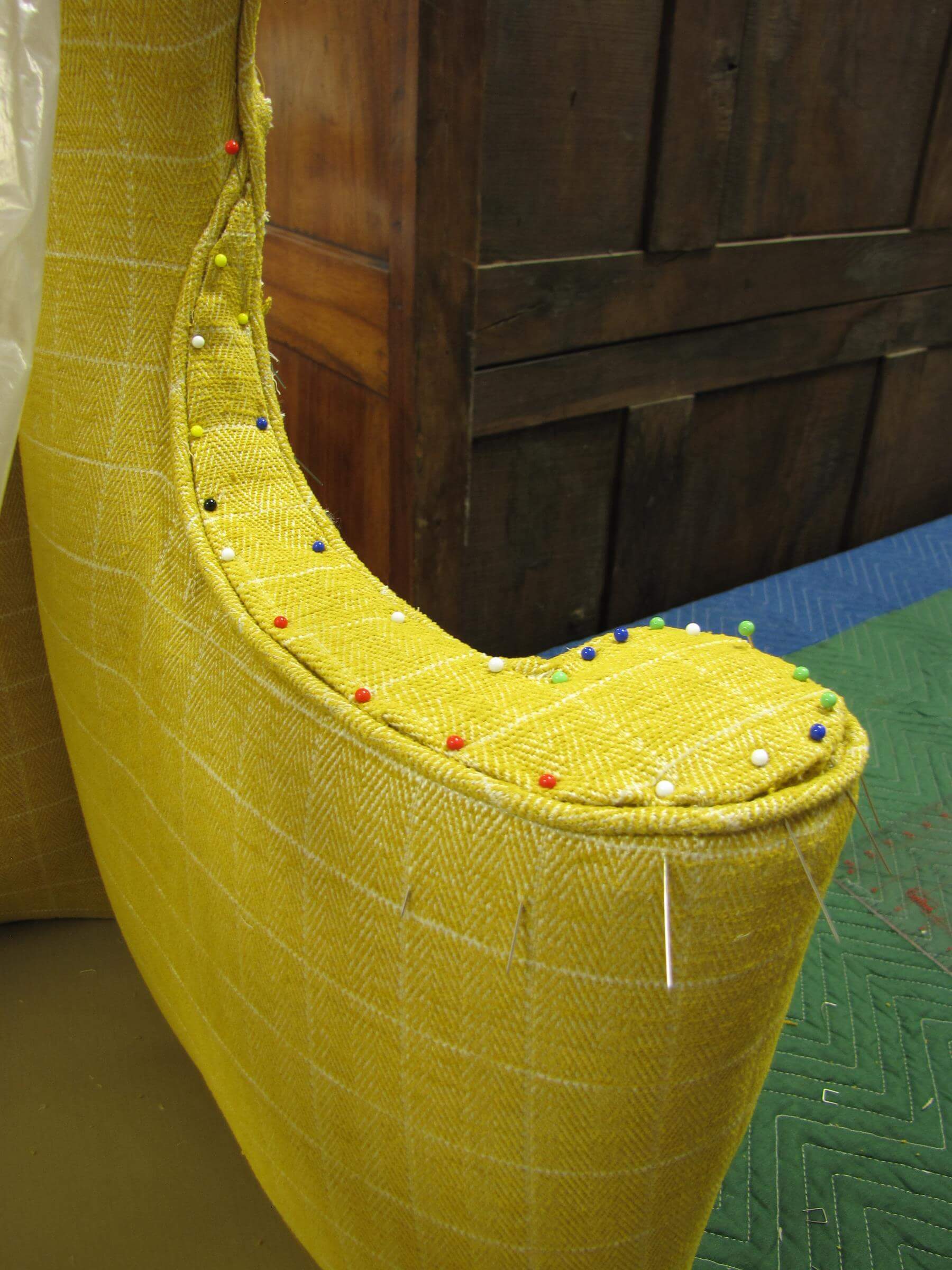 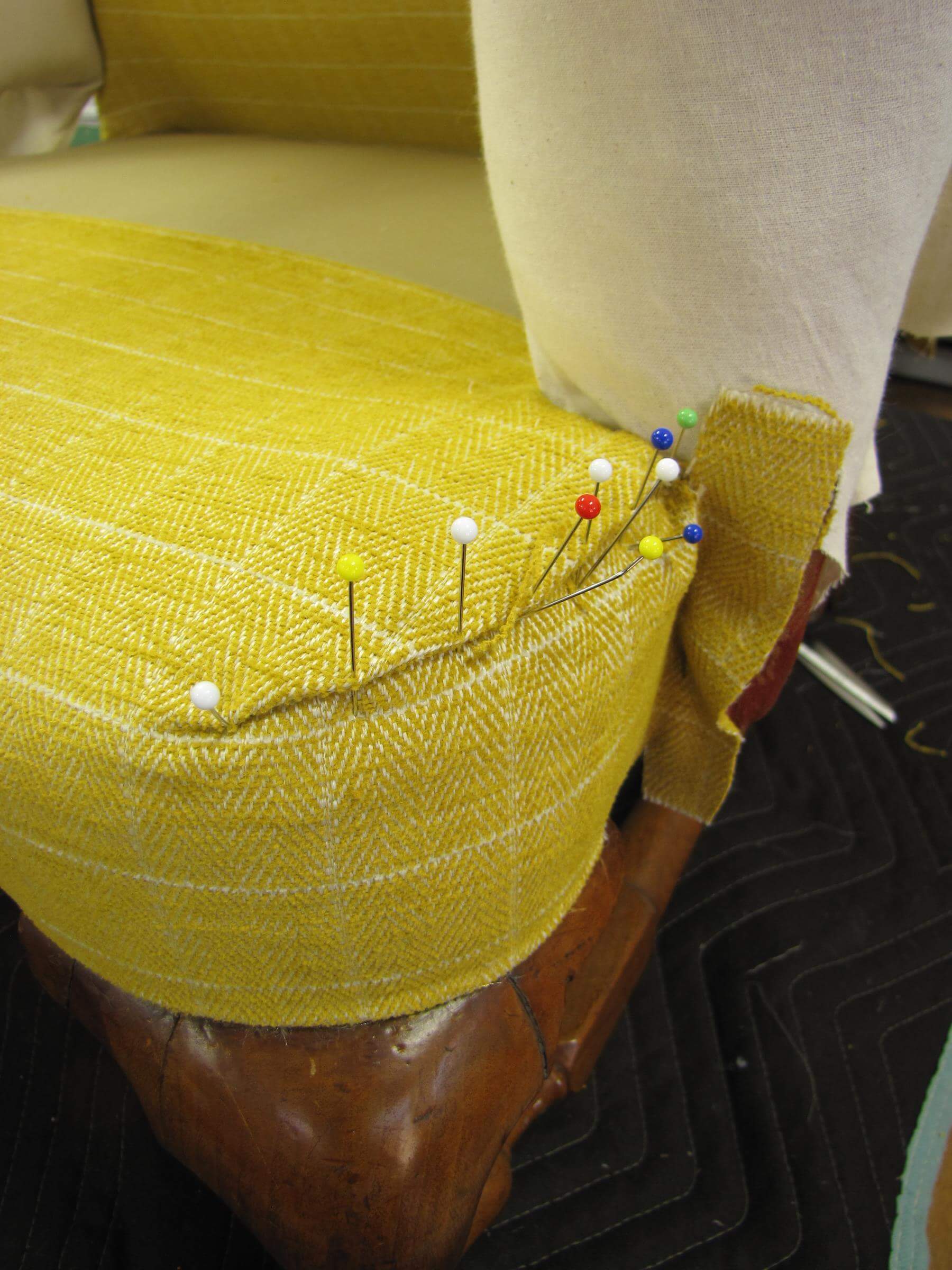 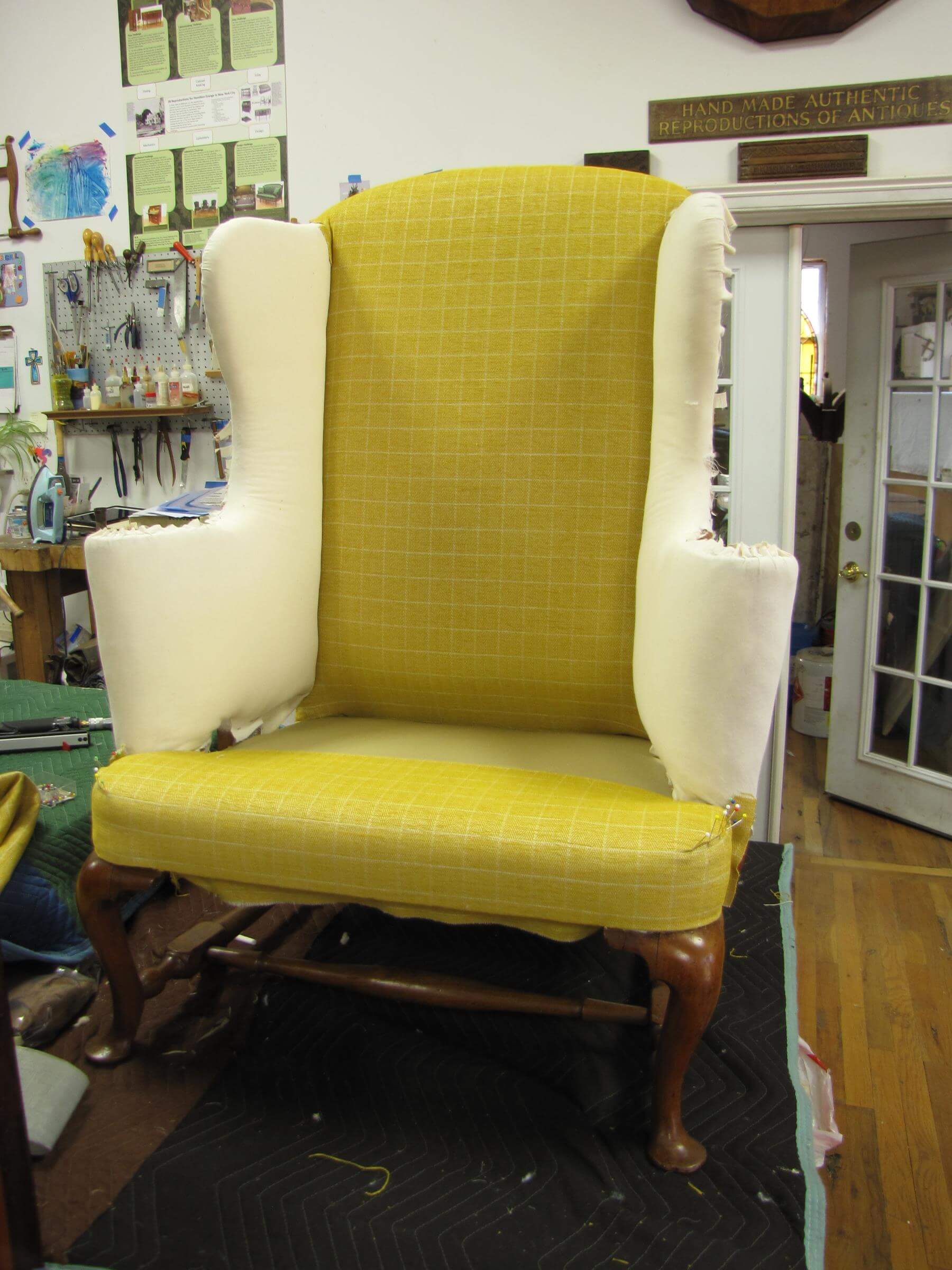 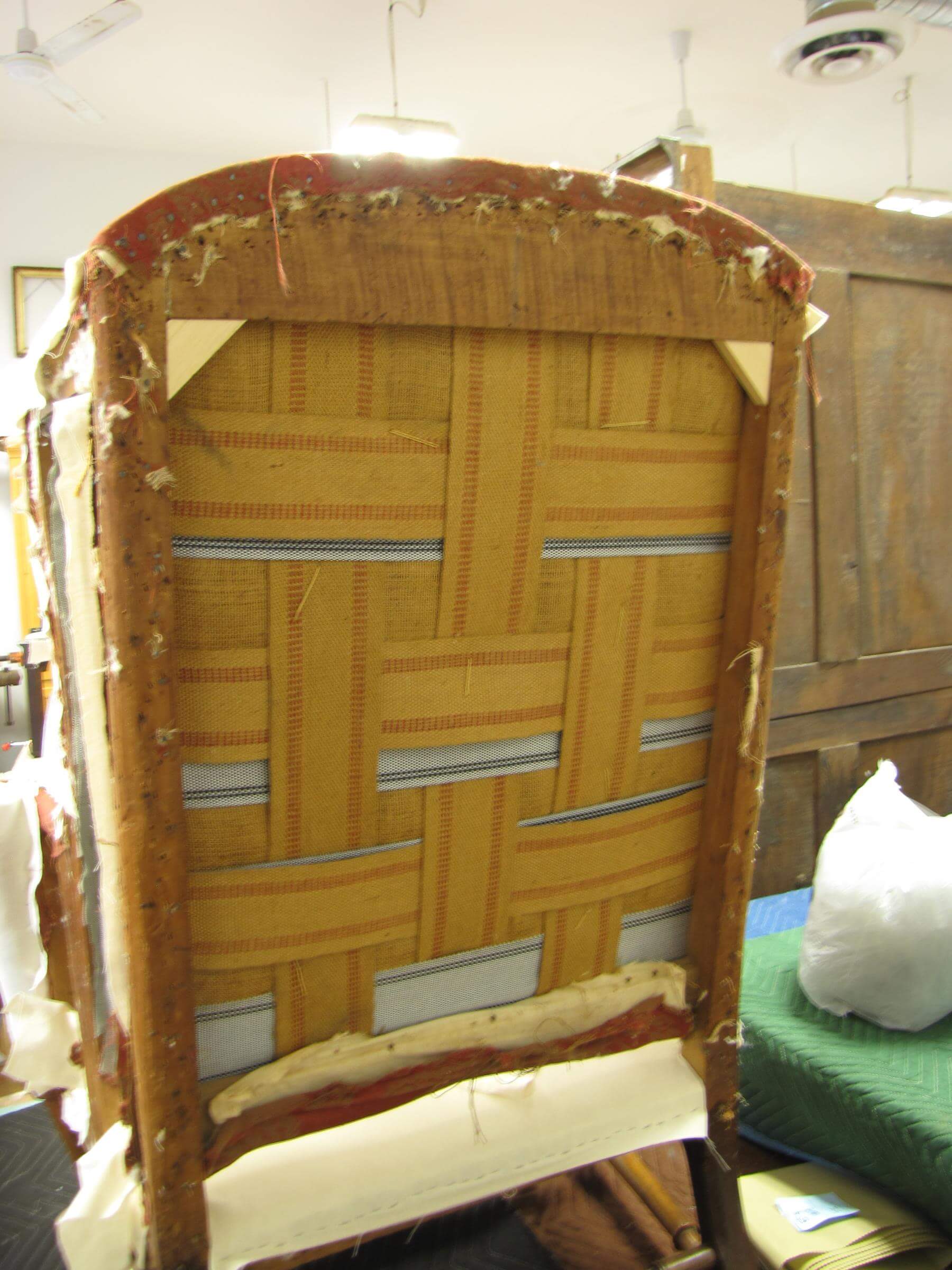