The chairs belong to the Longfellow House-Washington’s Headquarters NHS in Cambridge, Massachusetts.

Goal of the upholstery treatment was to improve on the shape of especially the inner back, which was pronouncedly sagging at the top. The following treatment ameliorated the scooped edges of the inner back, while using the existing compromised stitched edges. The resulting shape is improved, yet sympathetic to the age and history of the chairs.

New linen was applied over the existing filler cover of the inner back, attached with stitching along edges, and stapled to the frame. The existing well was replicated with new stitching to receive the horsehair stuffing of the back. The old filler cover with inscription (John Kelsey/ LC Swet/ Cambridge Mass/ July 17,1872) was laid unattached. A new linen filler cover was applied over all layers and stapled to the frame. As the sagging was still rather strong, ethafoam wedges were cut and stitched in place to straighten the lines.

After applying a thin layer of cotton batting, new show covers were stapled on inner back, outer back and seat. The new showcover closely matched the existing show cover and was a 100% cotton corduroy with 8 wale in #2377 gold color. A new #D05 old gold conso scroll gimp was applied over all stapled edges. 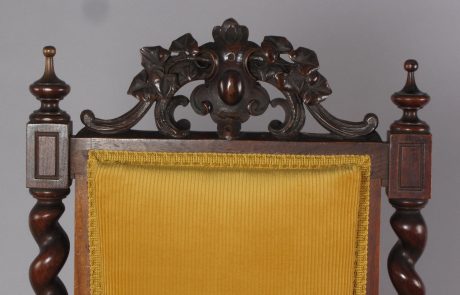 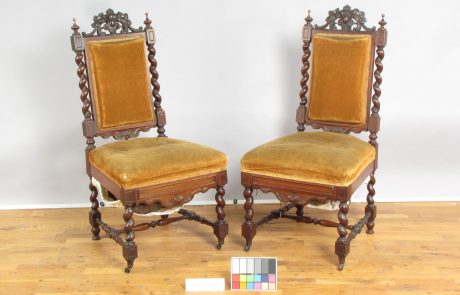 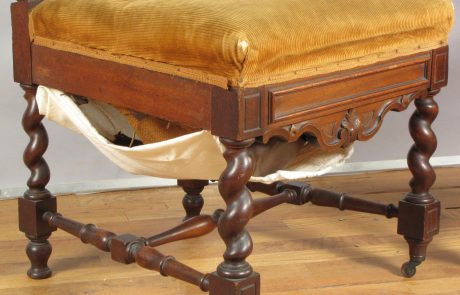 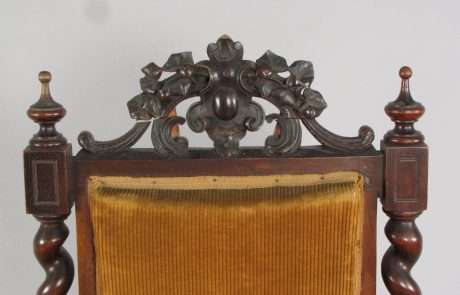 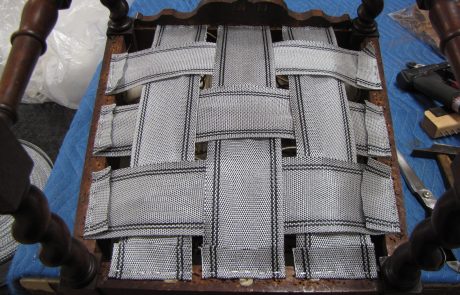 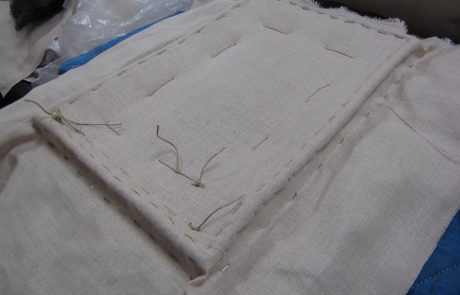 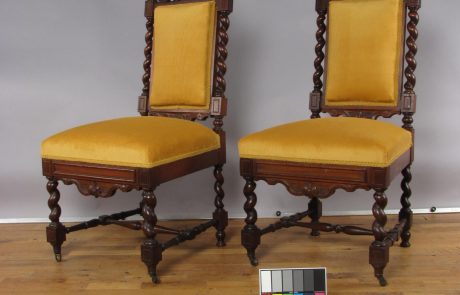 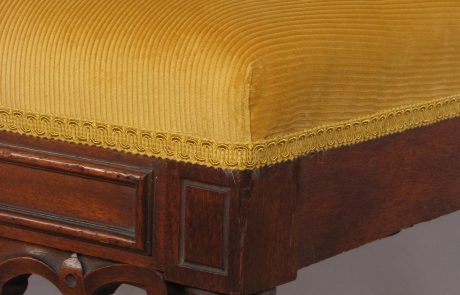 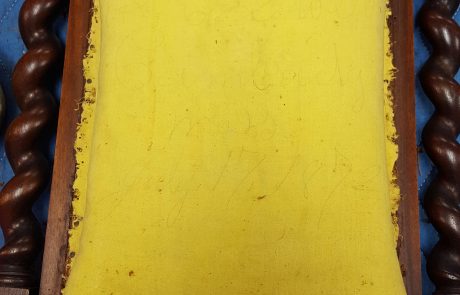 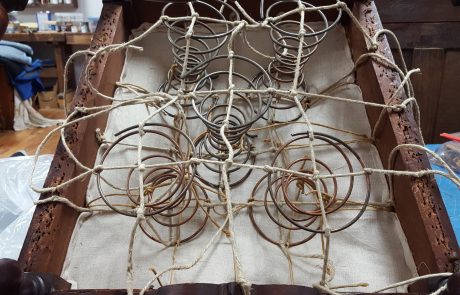