Upholstery is faded and cushion sagging. The frame has some loose joinery and general scuffs in addition to old woodboring insect damage. 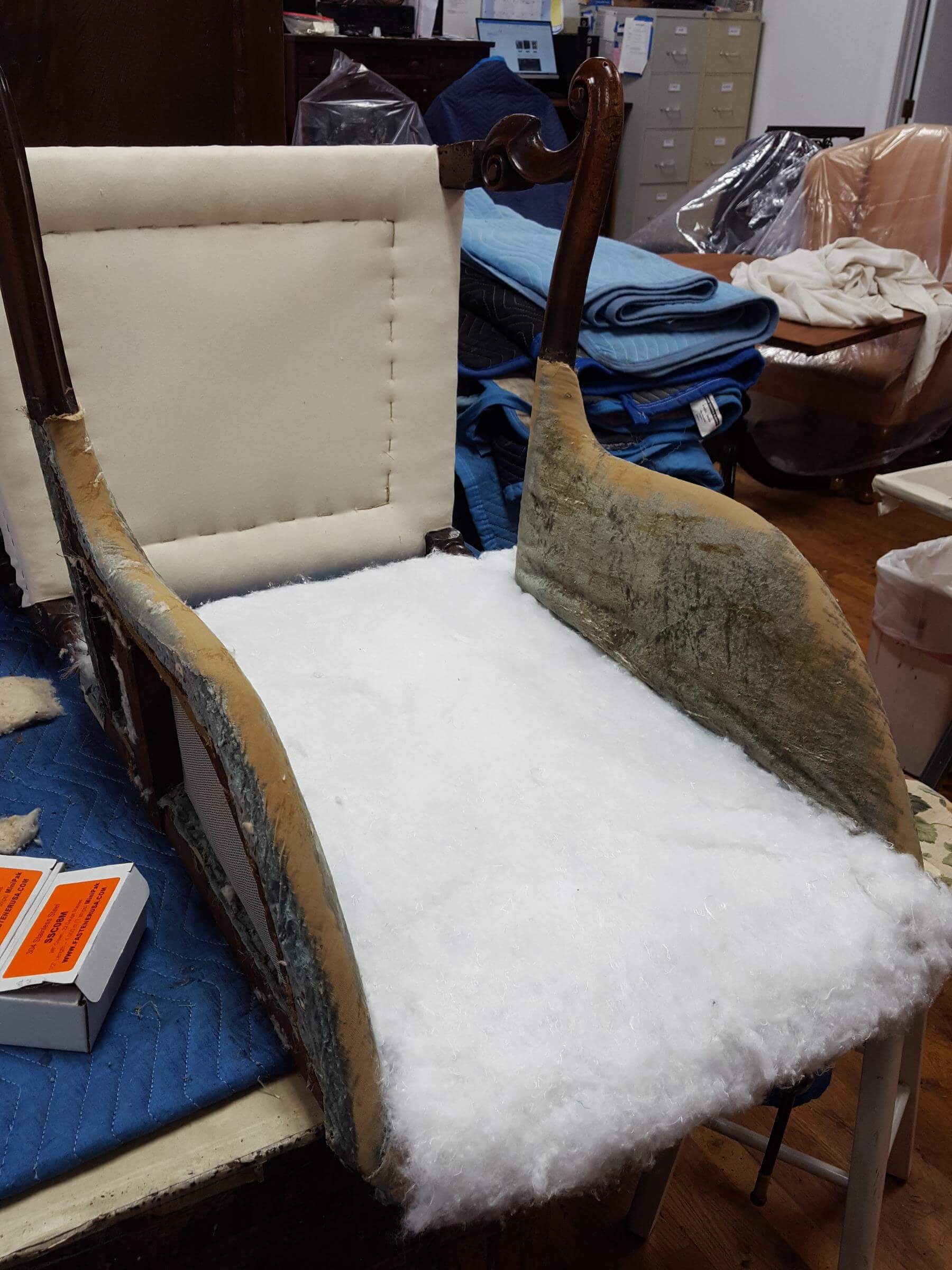 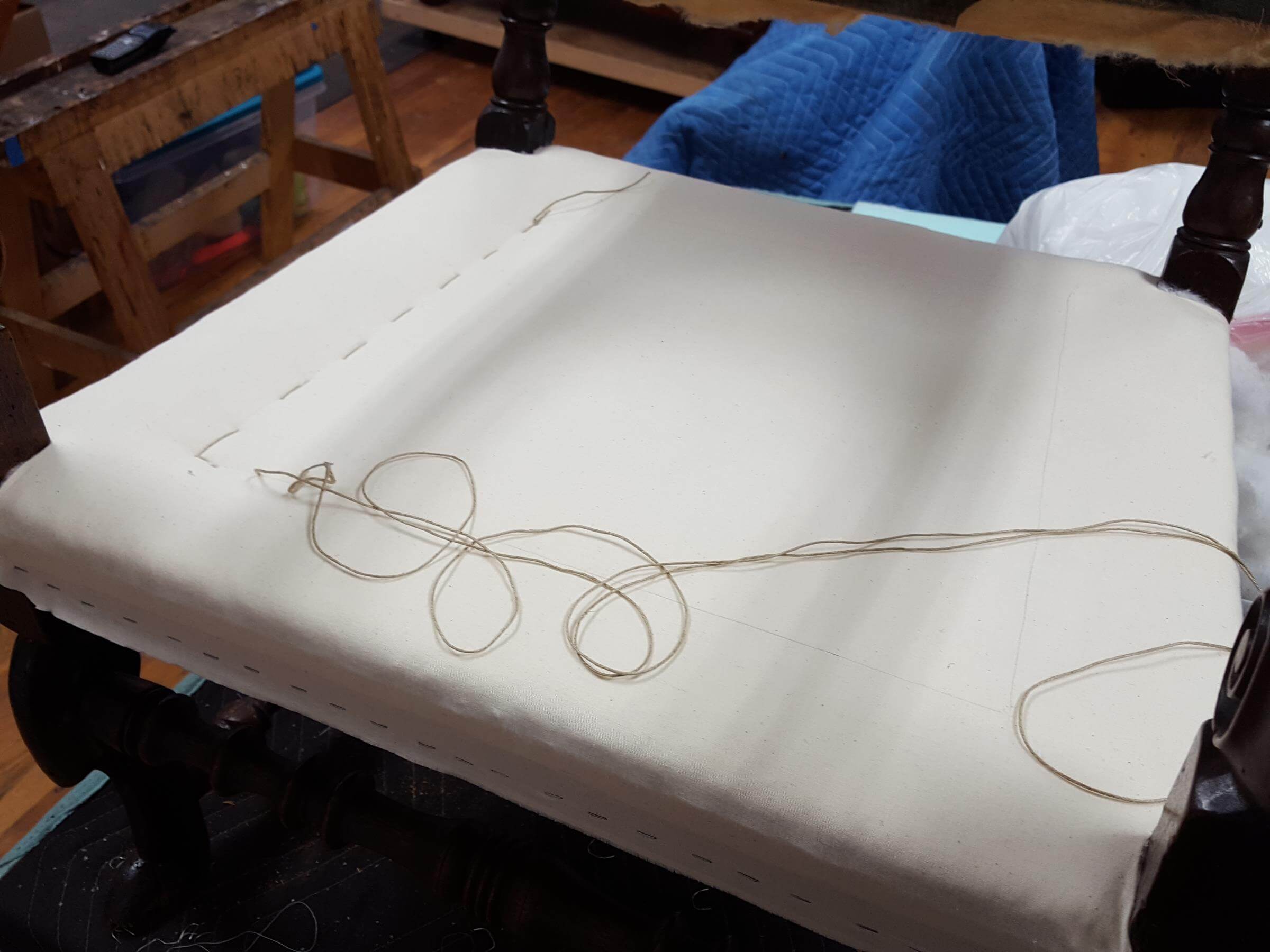 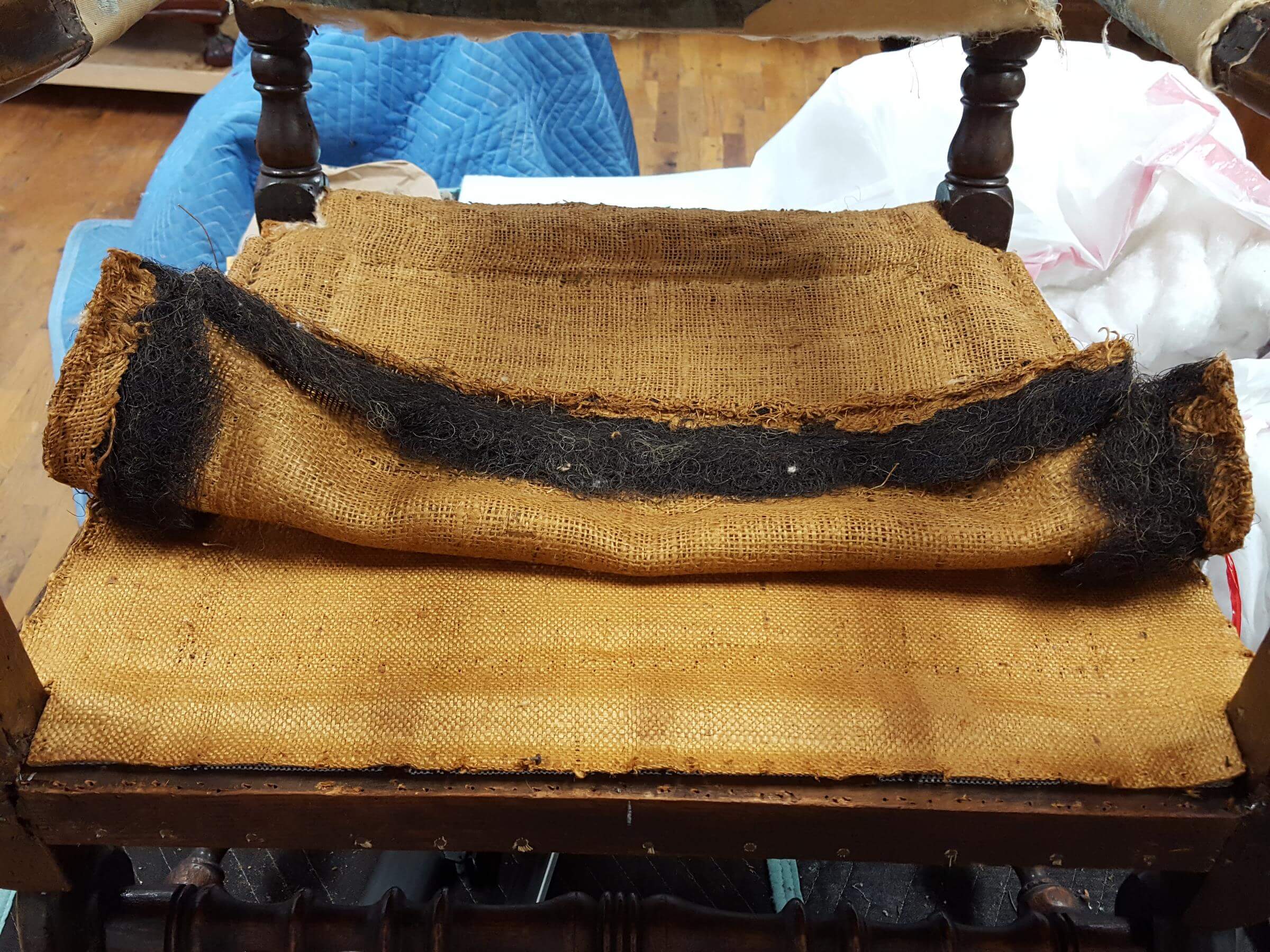 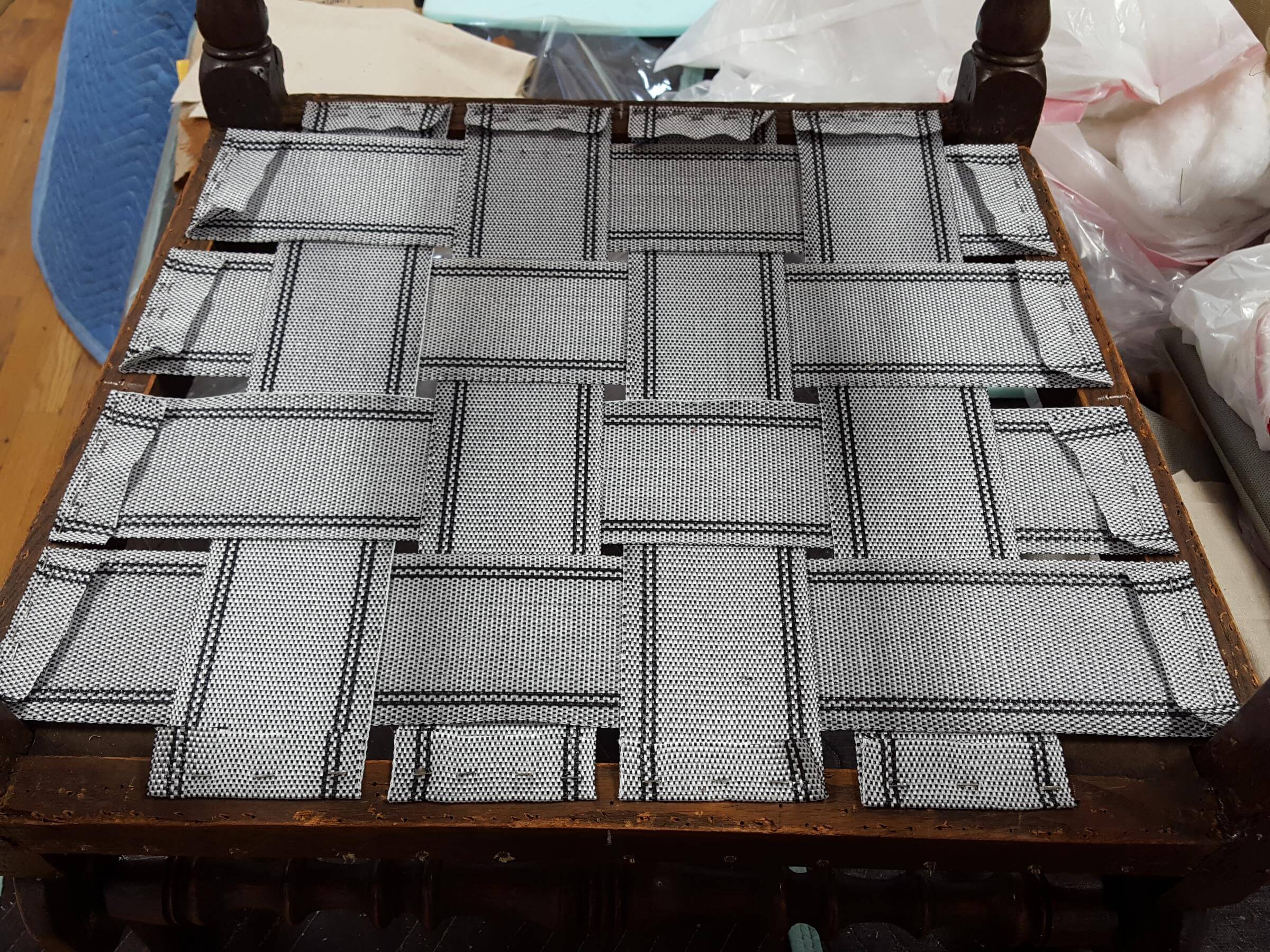 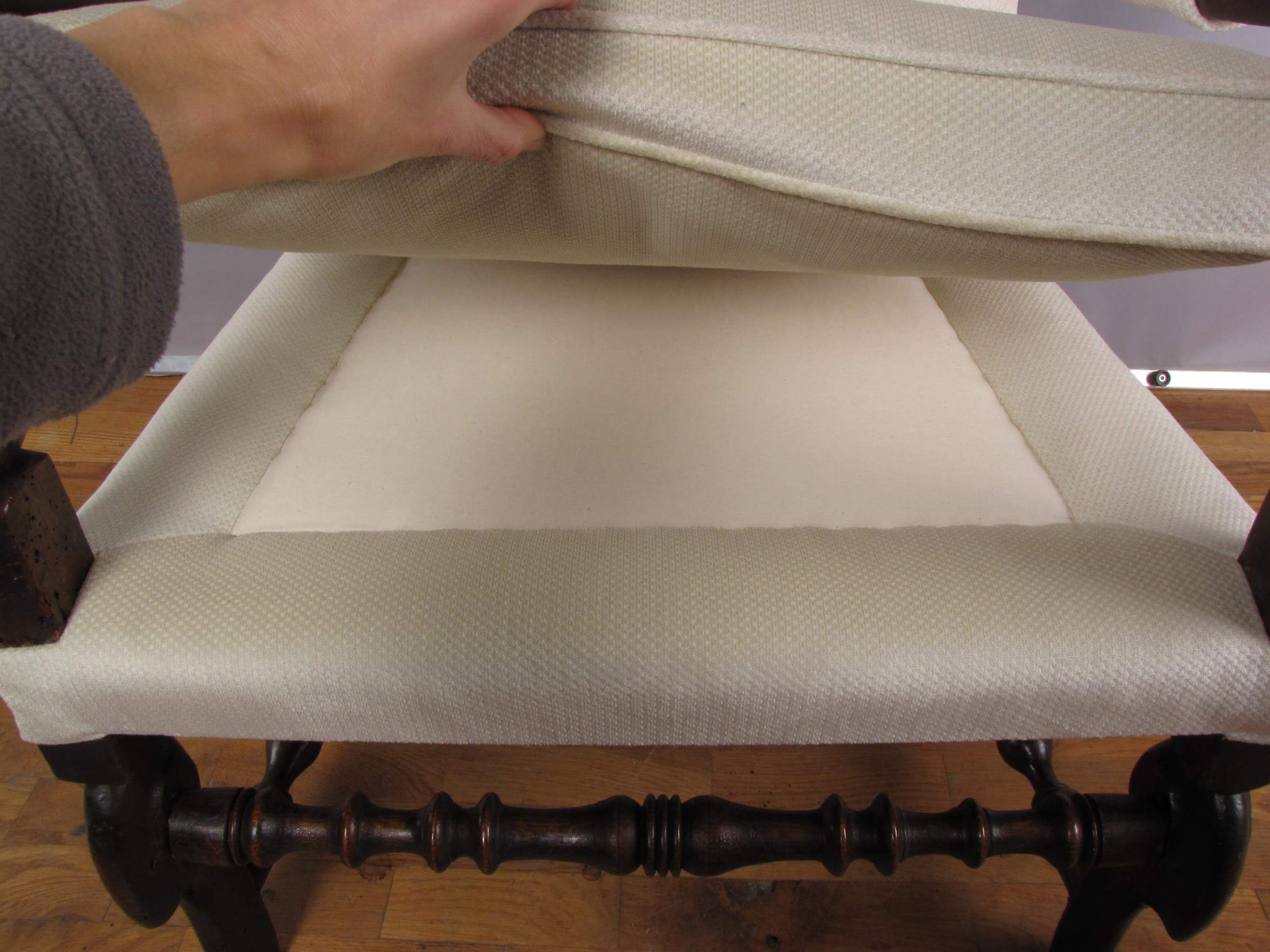 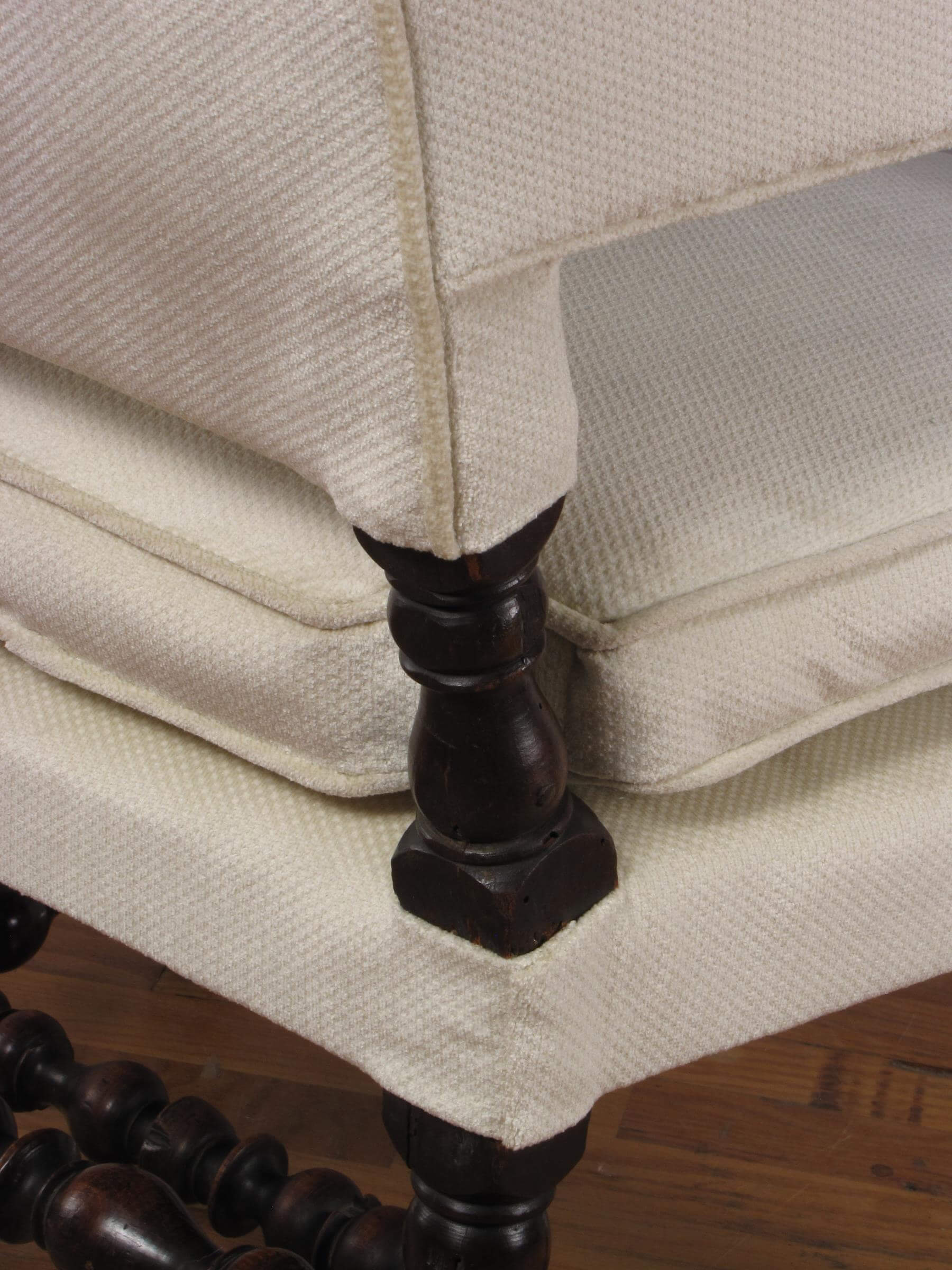 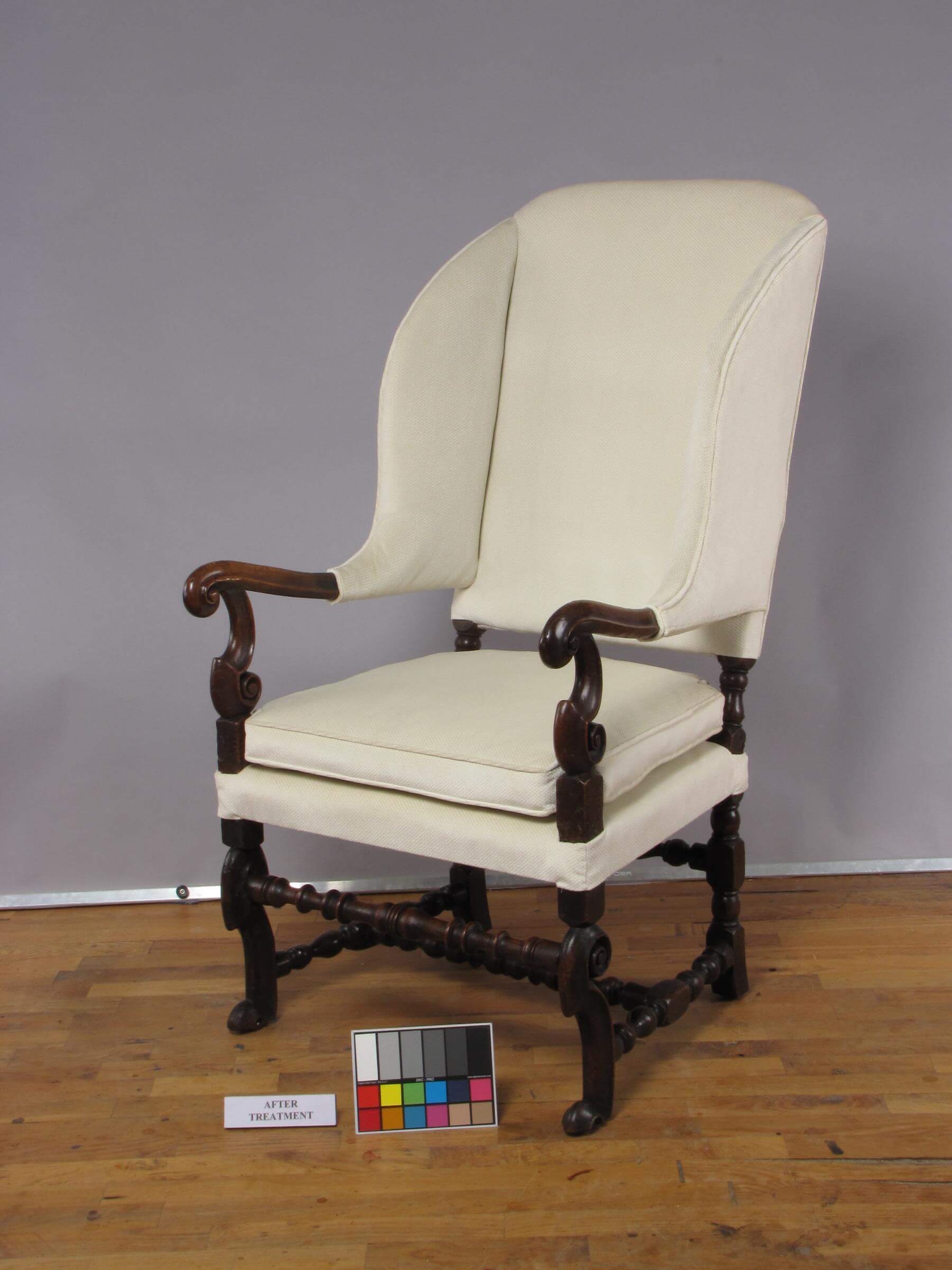 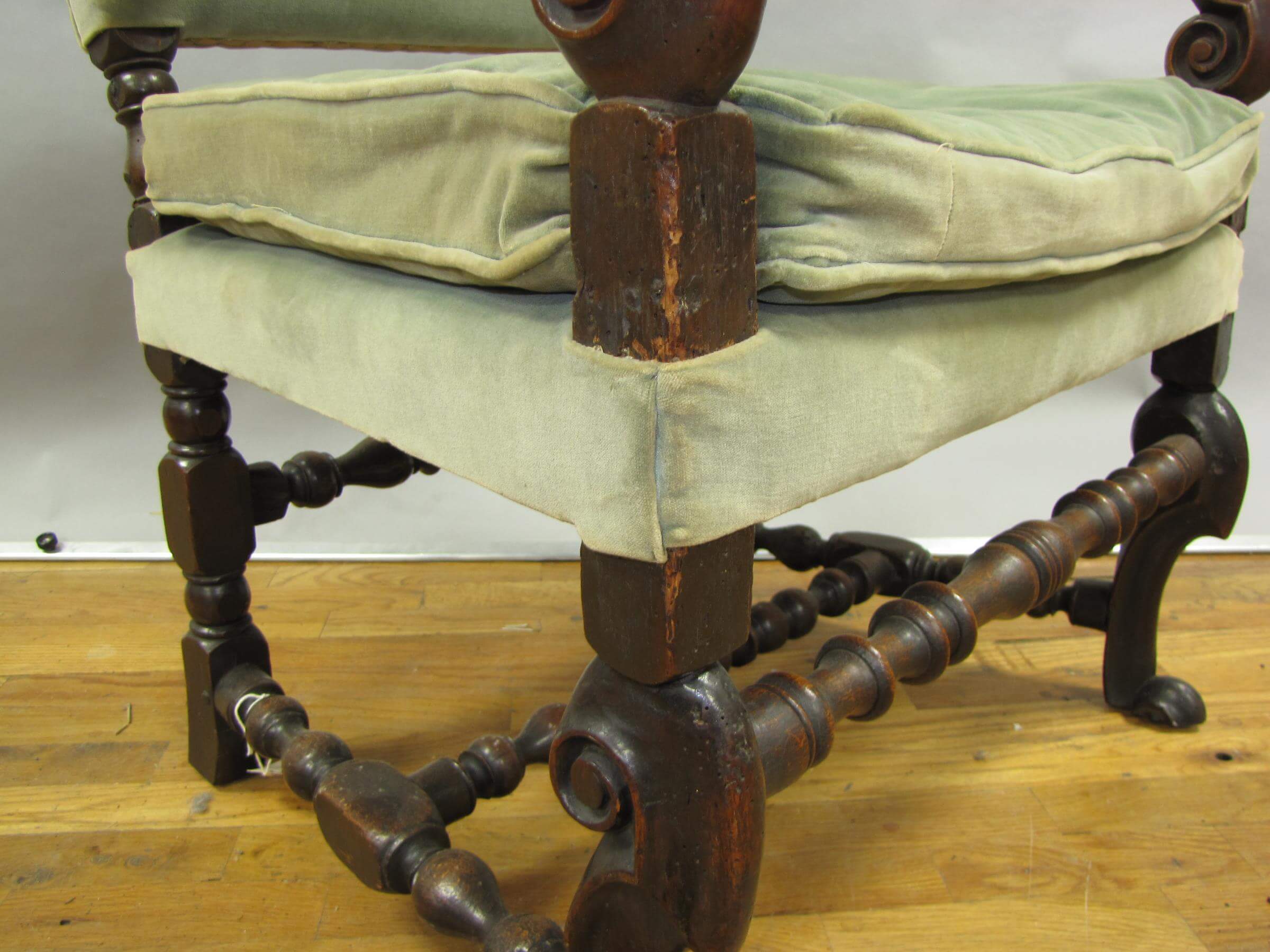 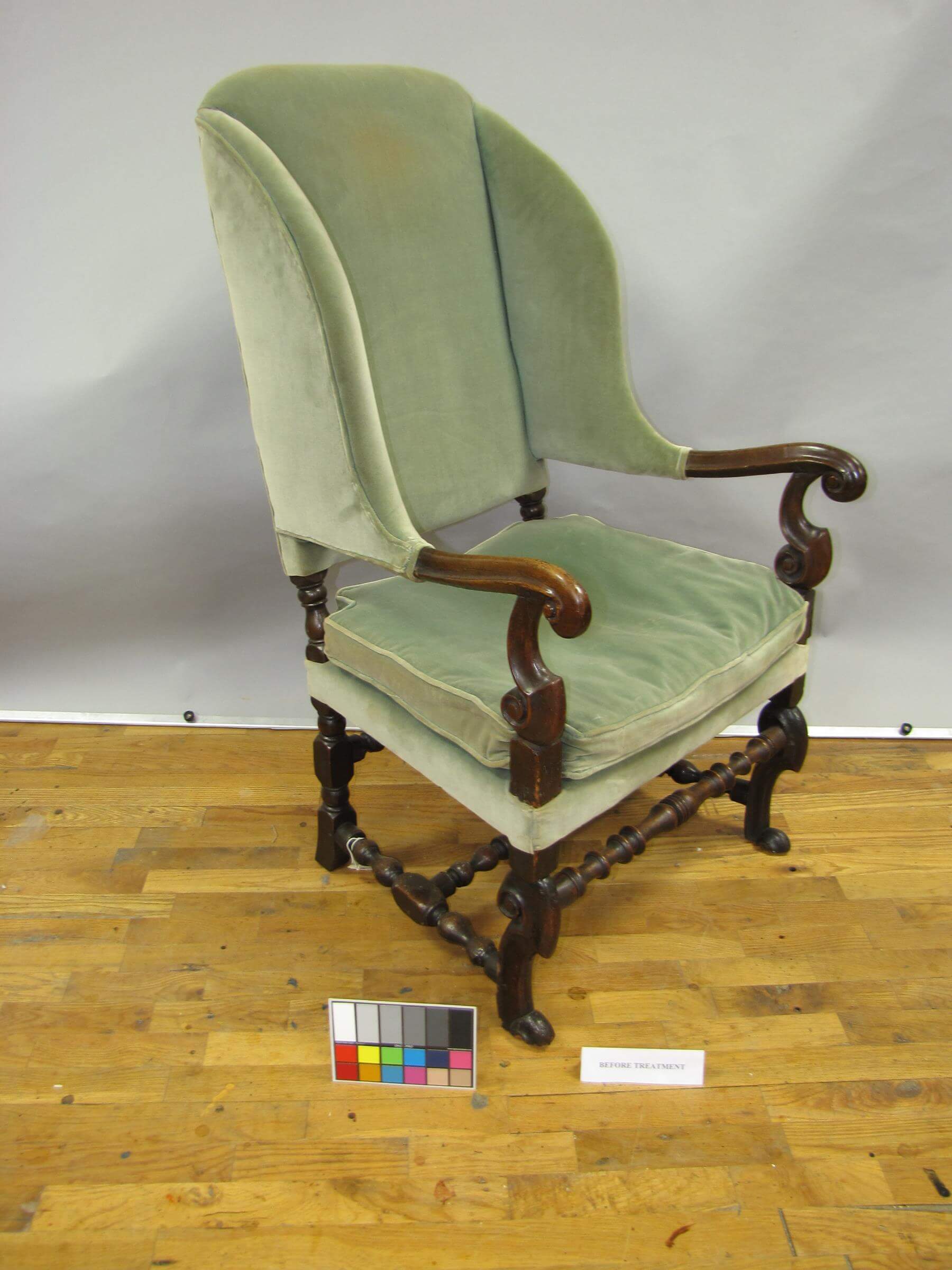 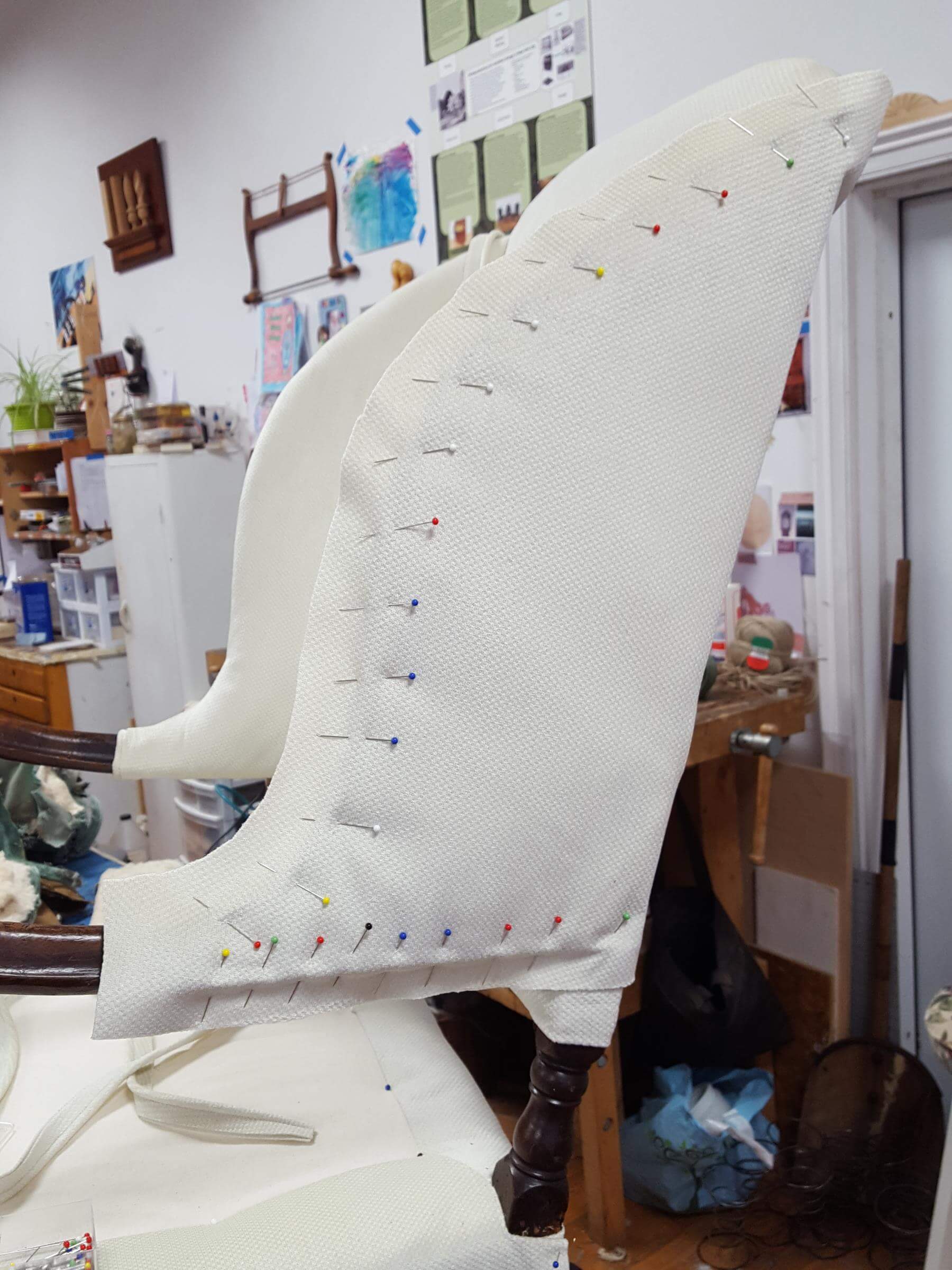 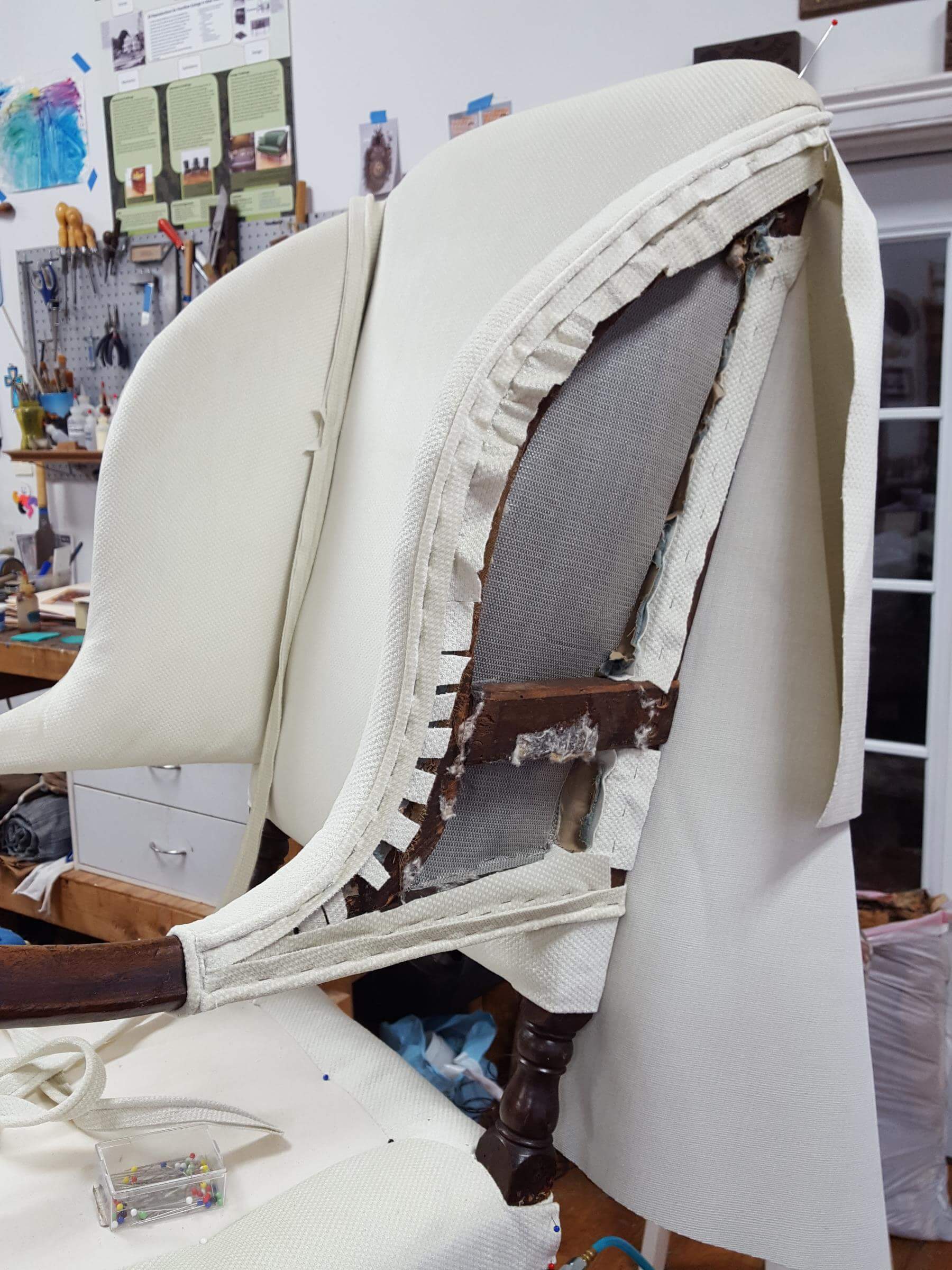 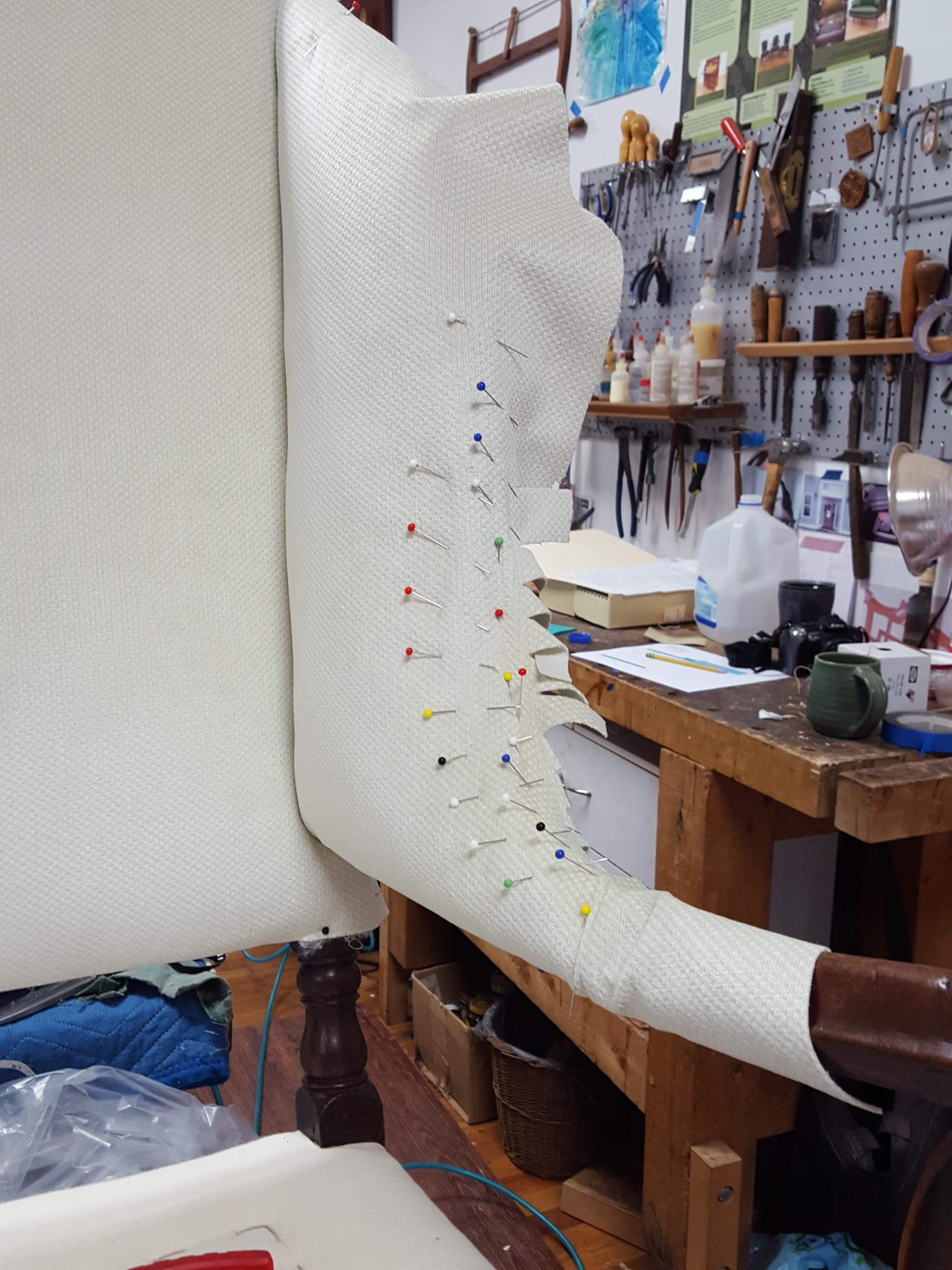