The chair belongs to the Newport Restoration Foundation in Newport, RI.

To prop up the sagging seat and retain visual access to the the old webbing and grass filler, a clear acrylic deck was installed on top of the newer corner blocks.

The loft was further improved with local addition of synthetic batting and a linen under cover.

The worn and torn red velvet show cover was replaced with a new show cover of vintage red velvet curtains. It was sewn to Vivak and muslin sewing strips all around the perimeter of the seat and back, aligning one of its seams with the middle of the seat.

Corrosion was removed from the Spanish cross decorative brass nails with EDTA until they had an even, lightly patinated surface. They were coated with Incralac to delay future tarnishing. Four nail heads were cast in epoxy and toned with mica powder to compensate for lost nails. They were all applied to the back of the seat.

New red velvet trim was sewn to the cover and/or adhered with hot melt glue, after which the cleaned decorative brass nails were reapplied. 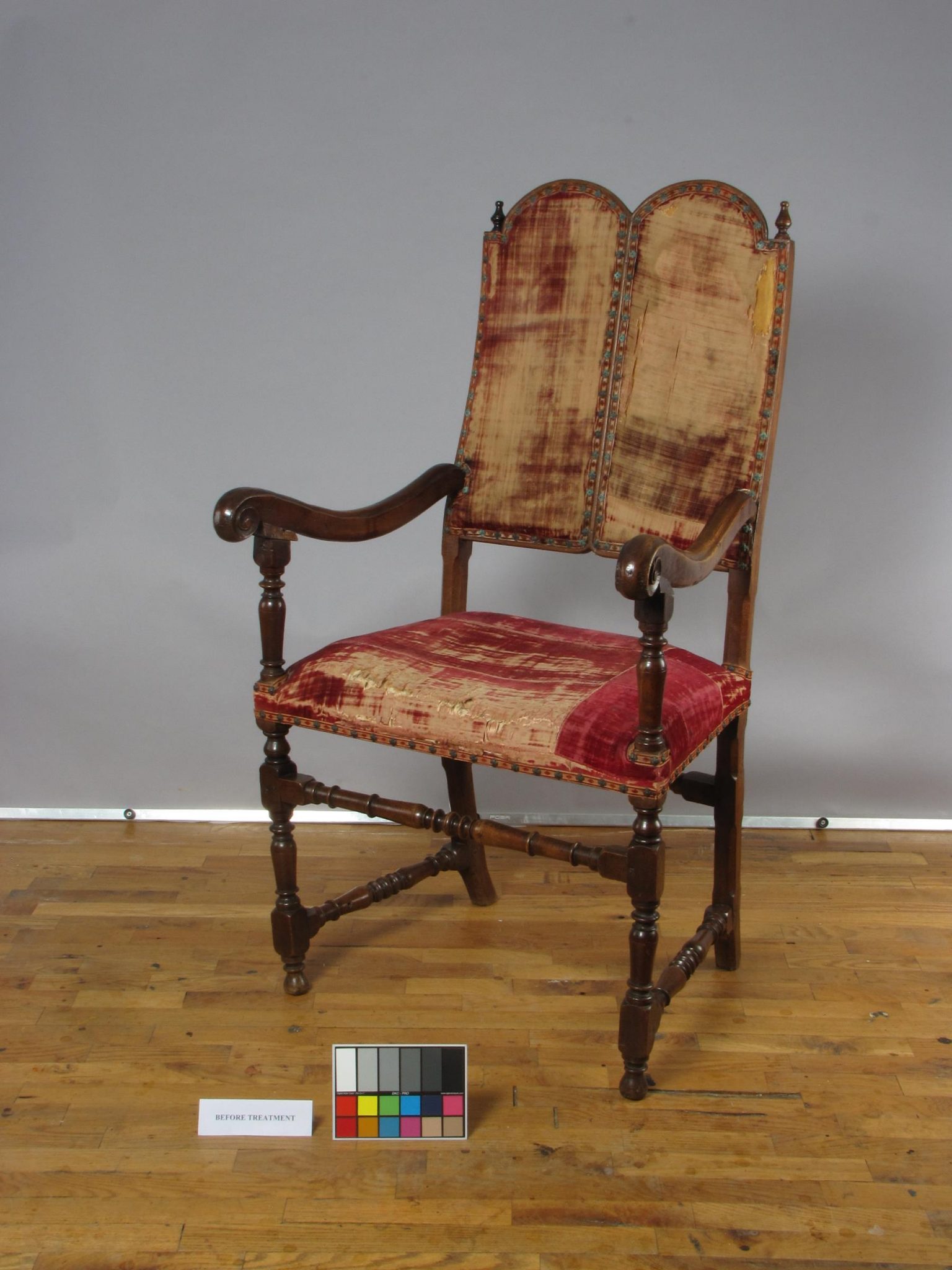 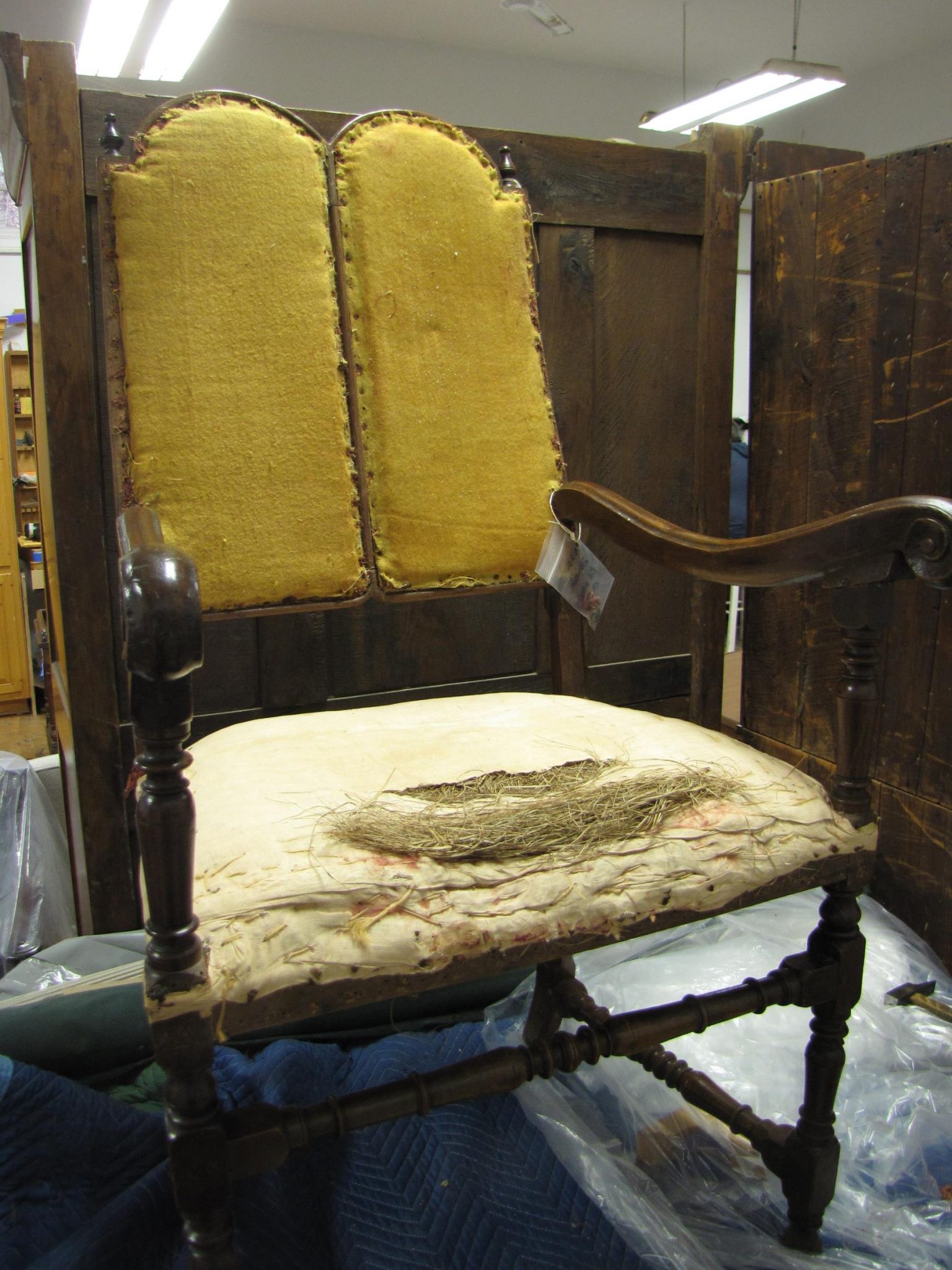 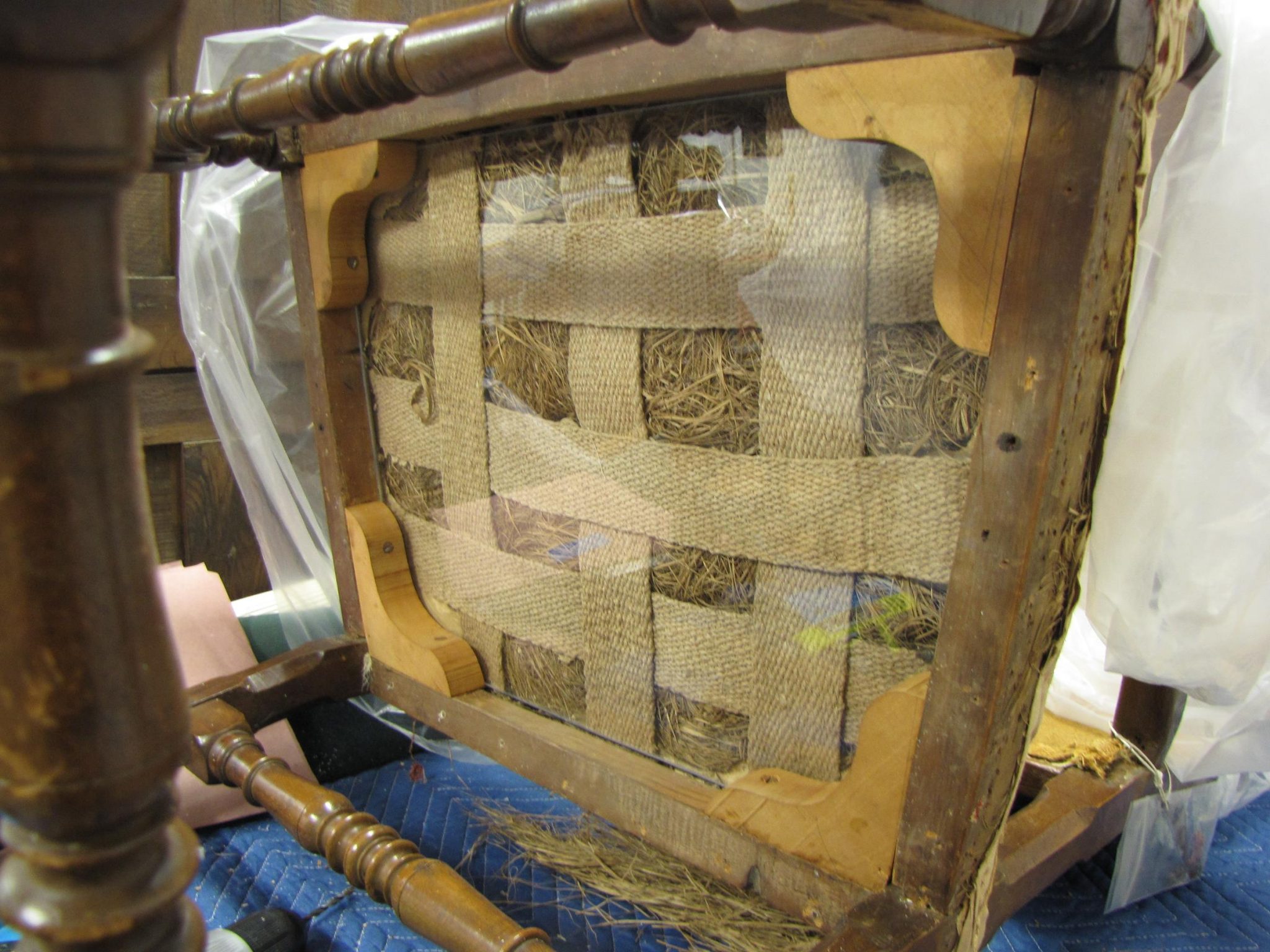 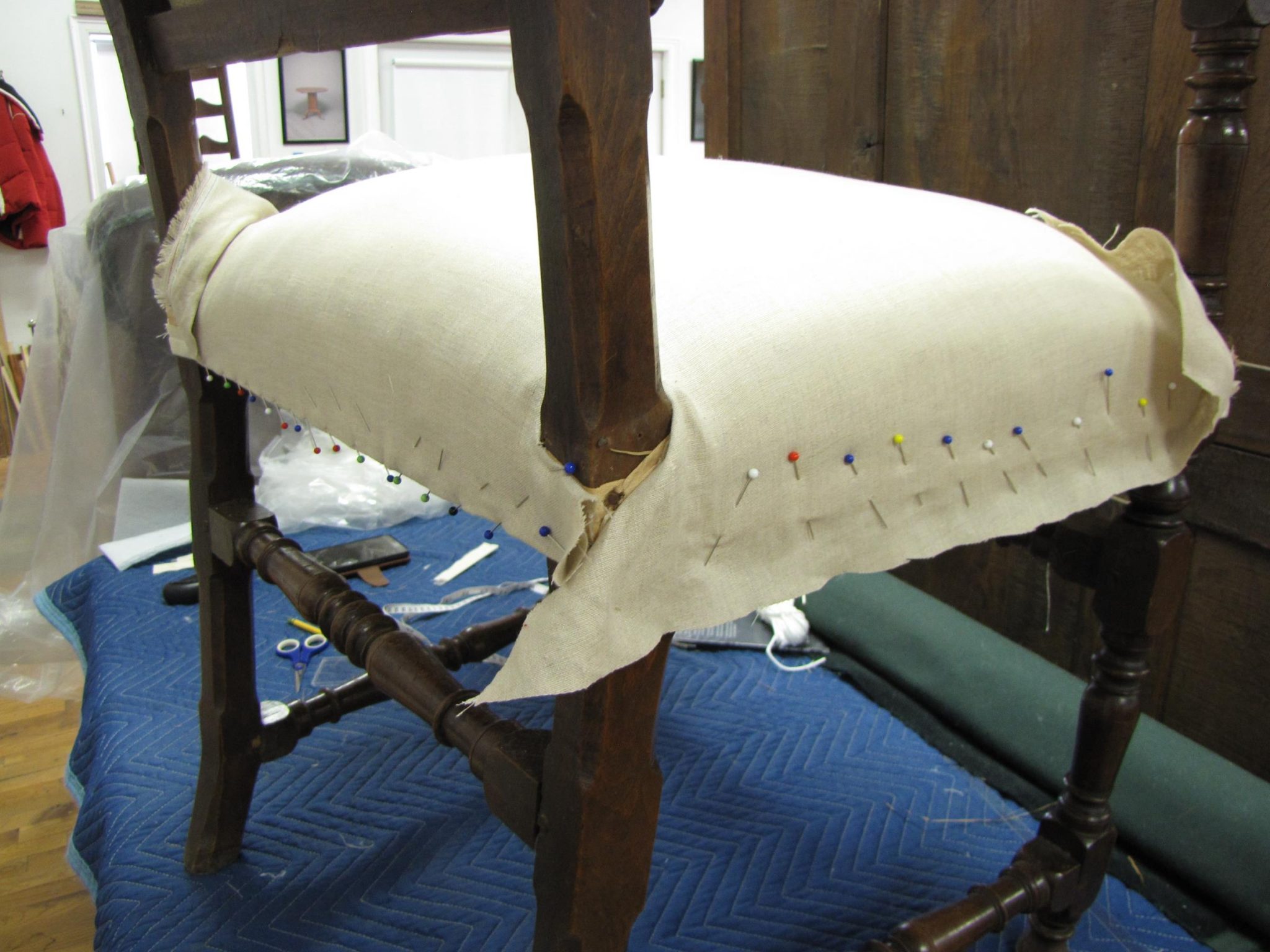 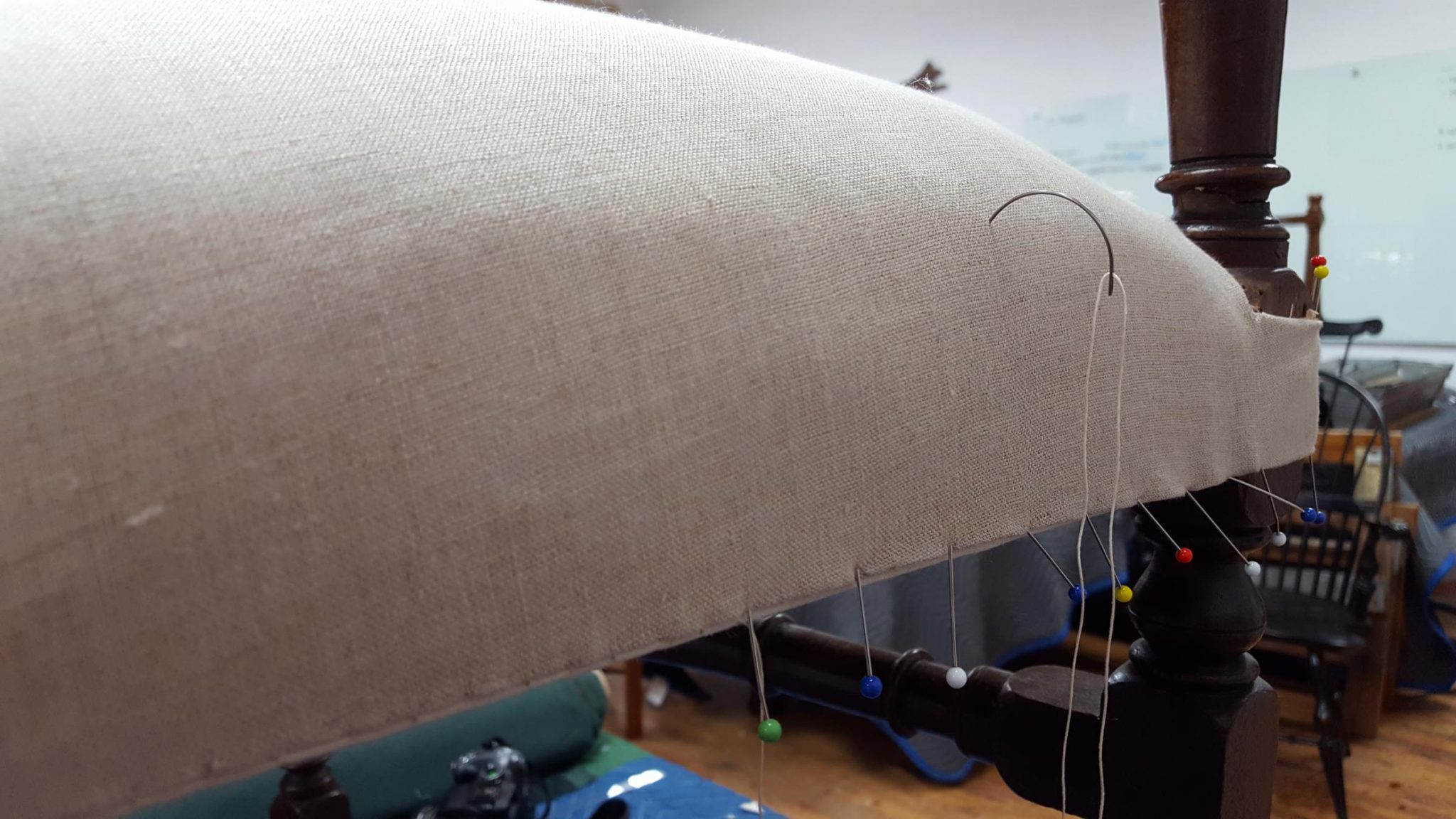 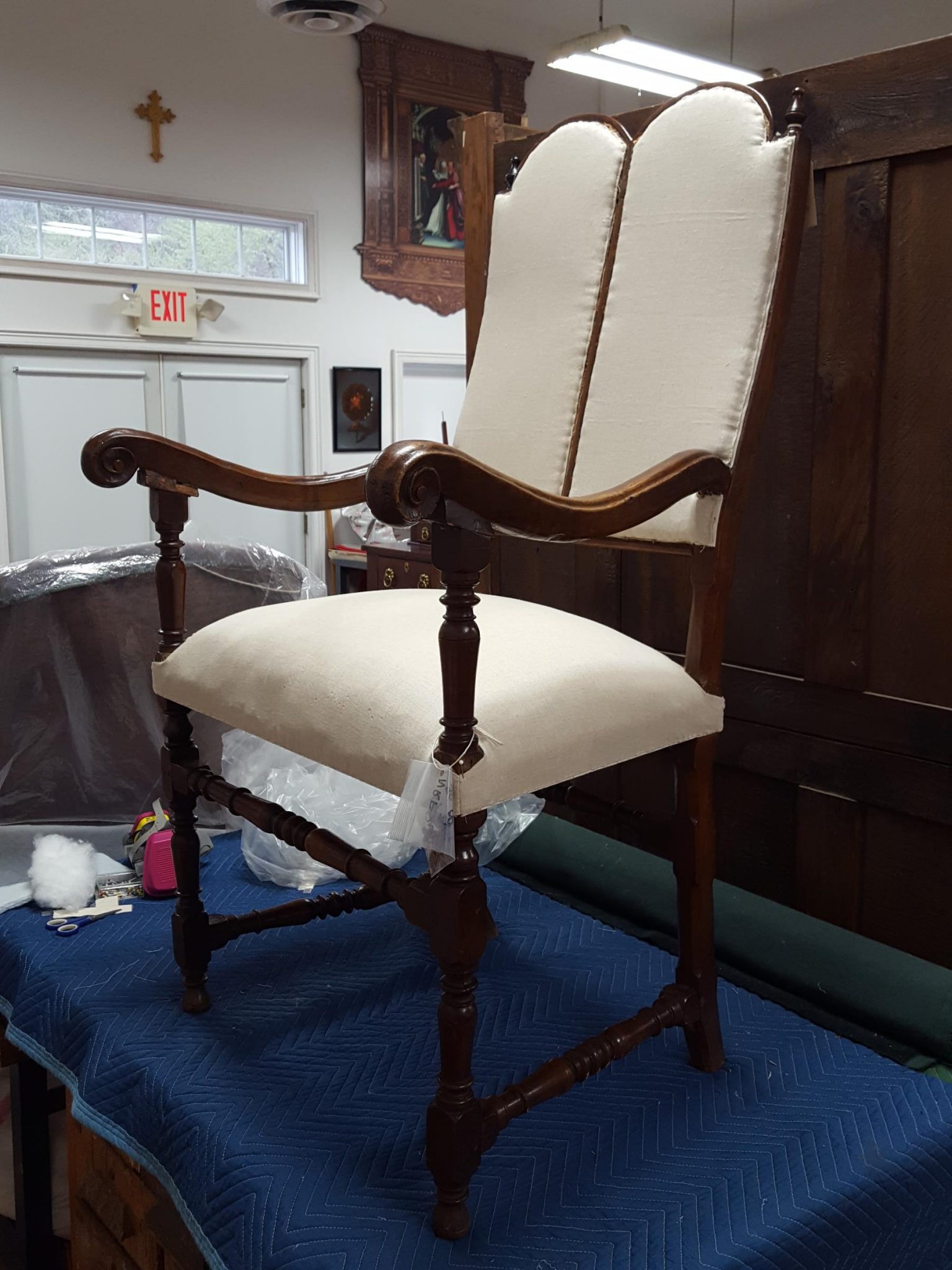 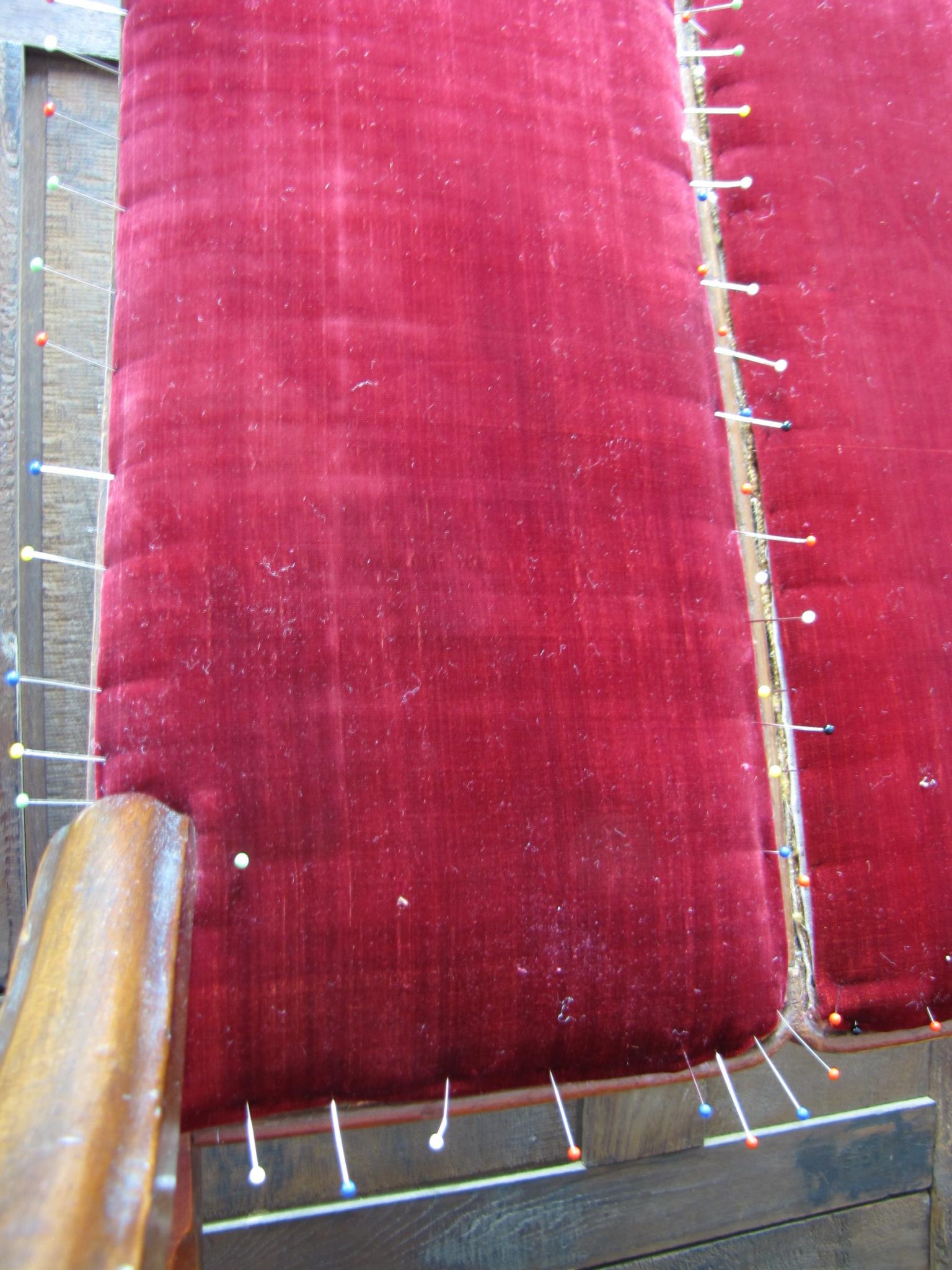 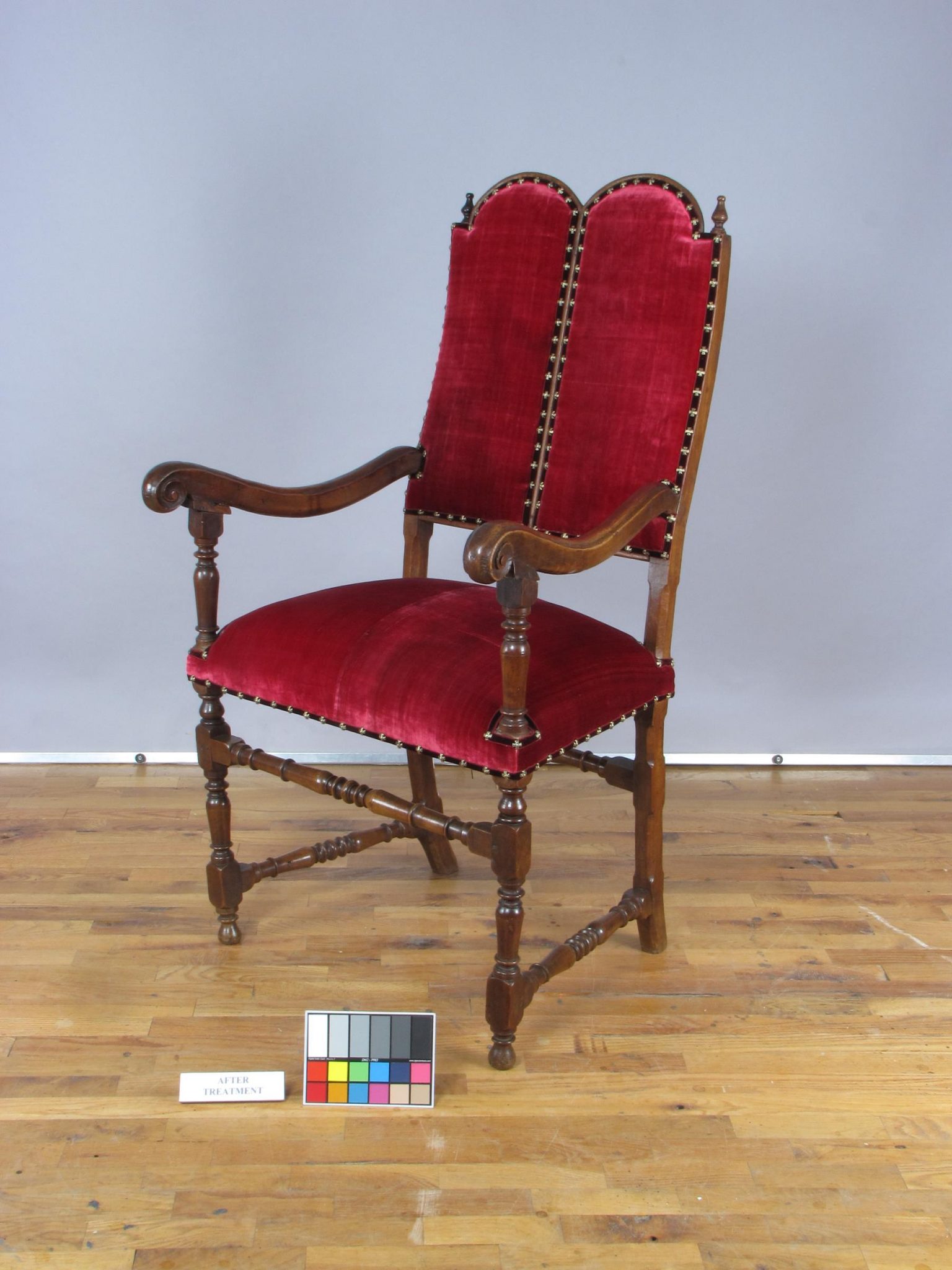 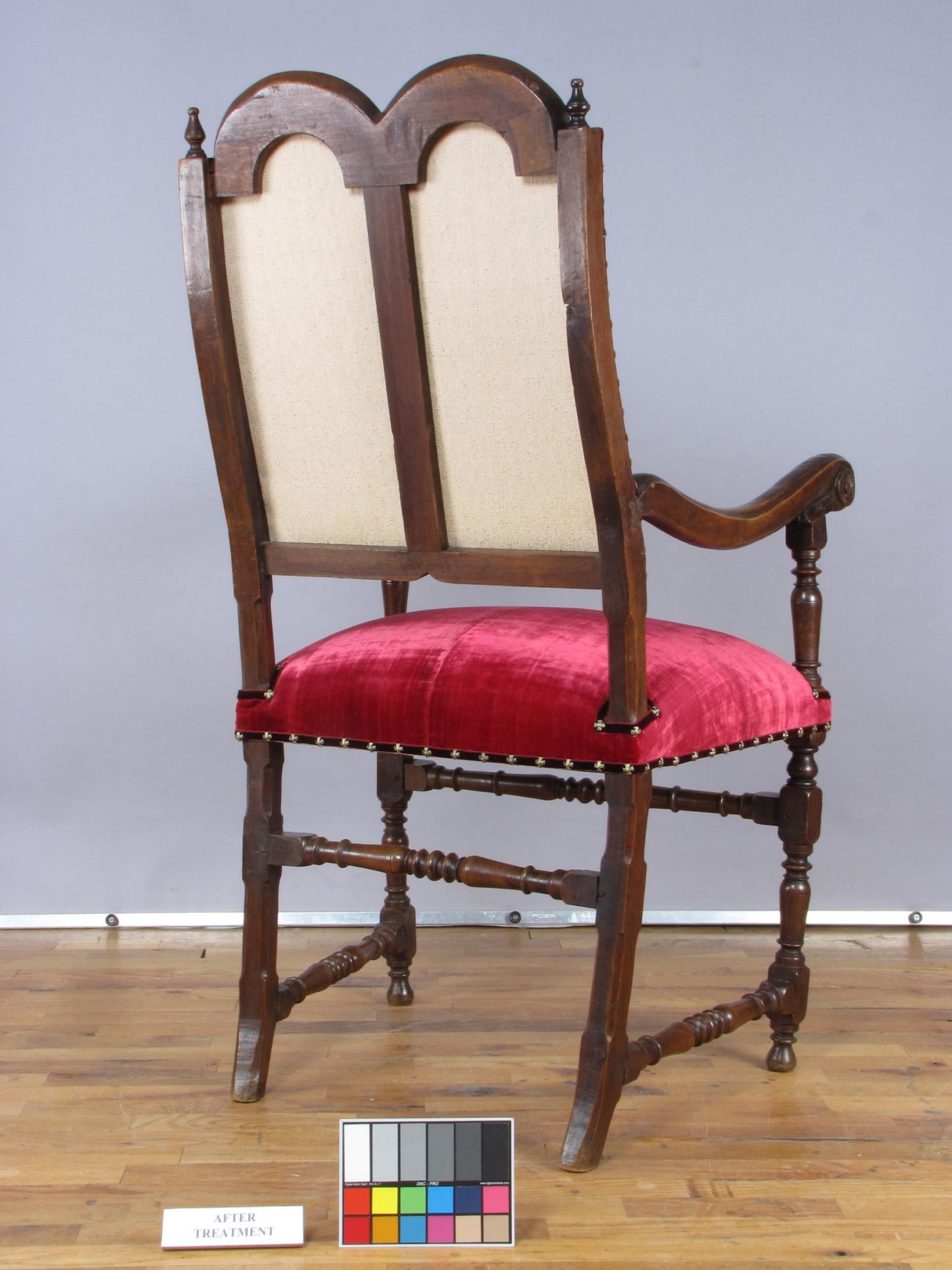 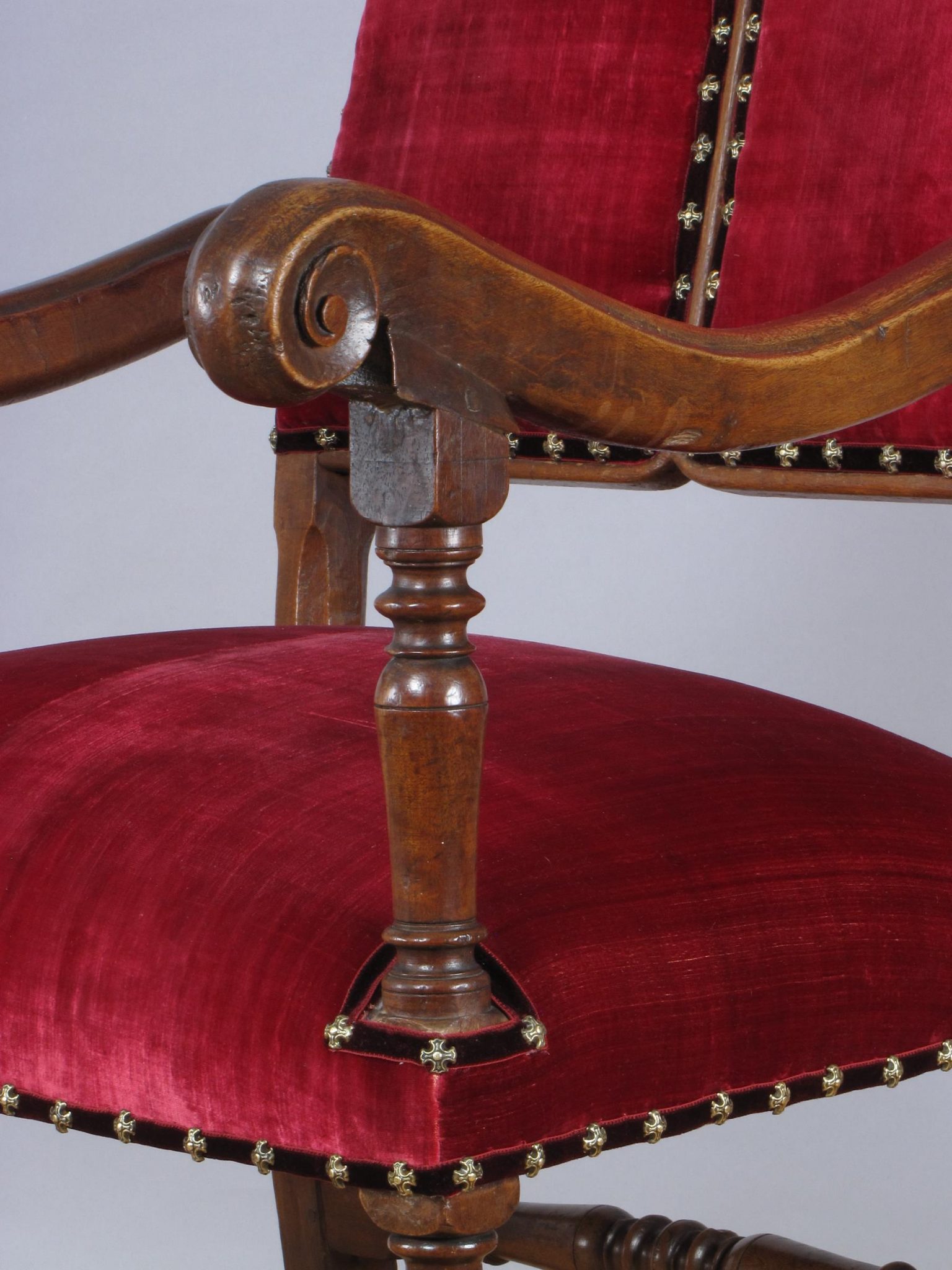 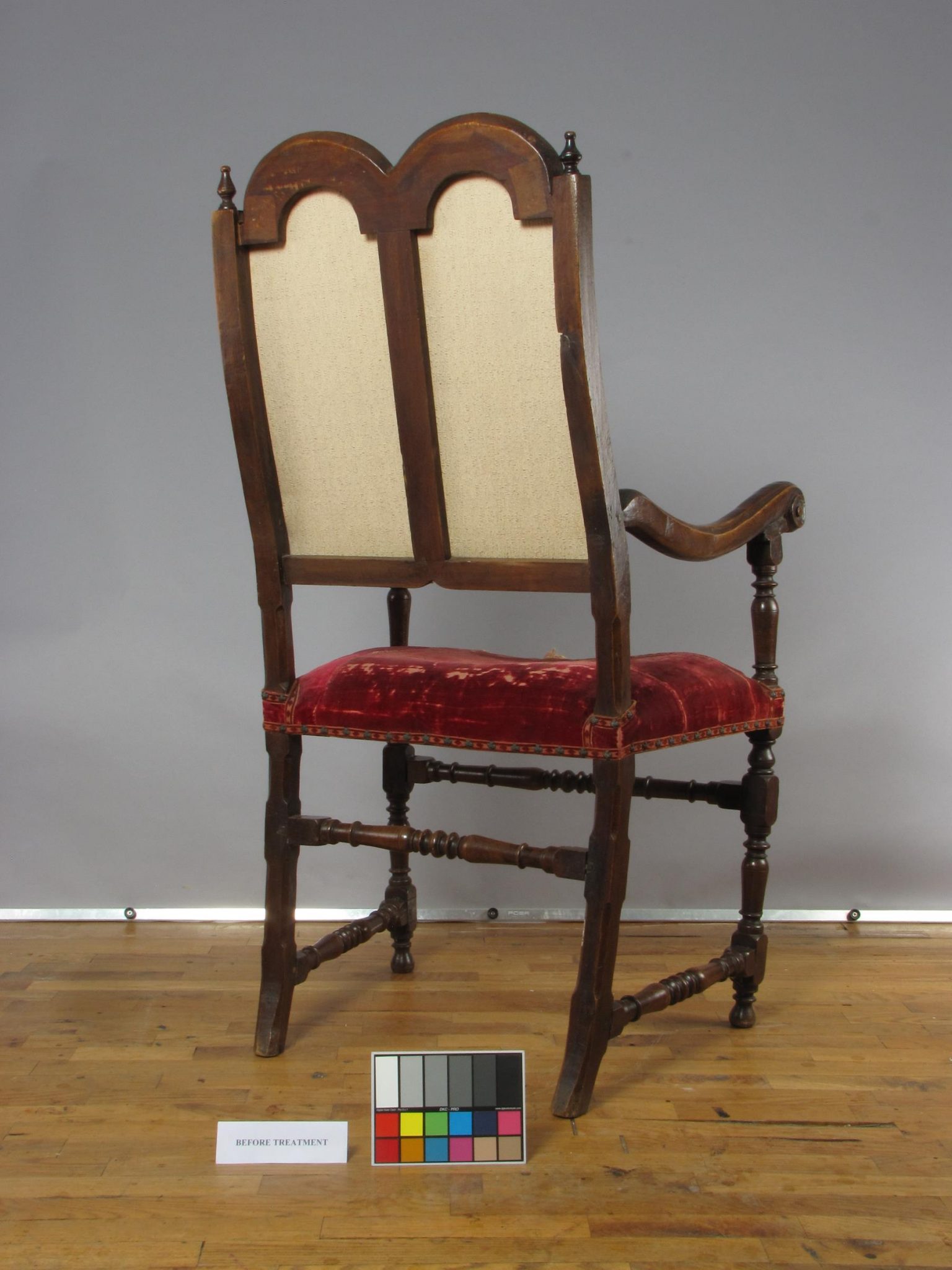 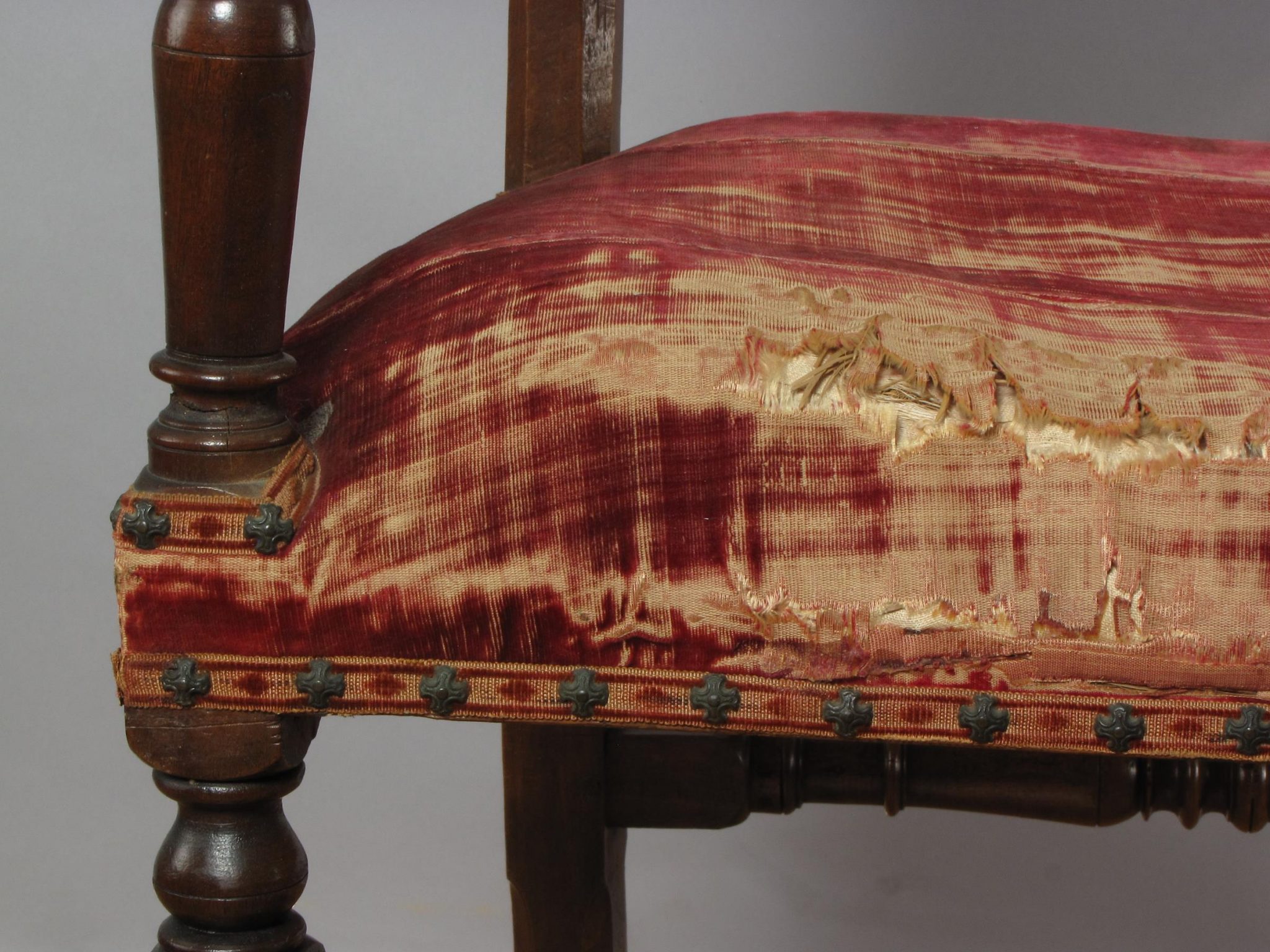